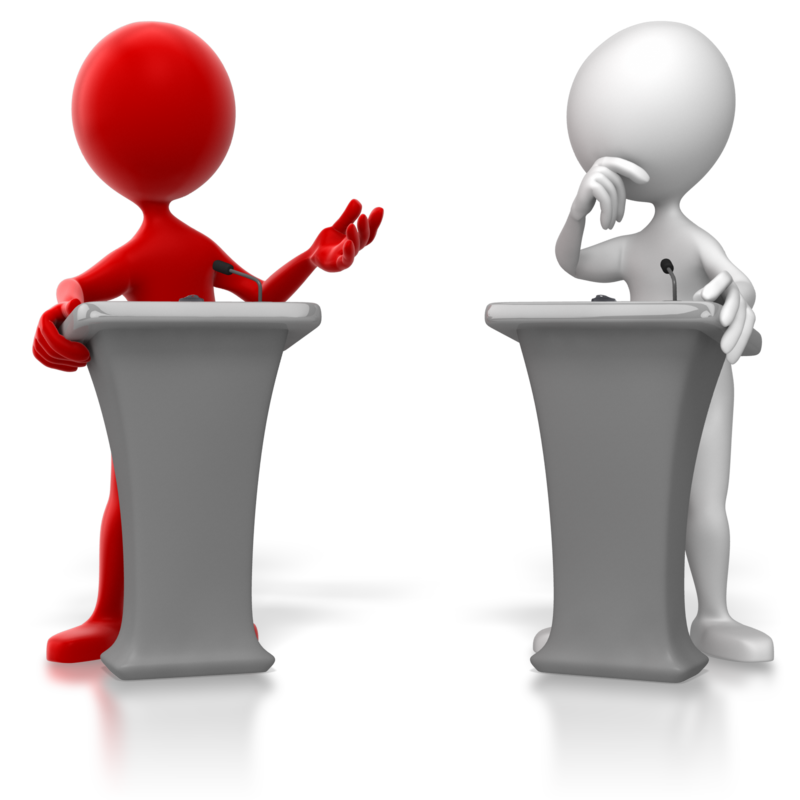 There, I said it. It isn’t a secret. All one has to do is access any of my social media pages and the cat is out of the bag.

I wasn’t always conservative, but that’s a story for another day. Suffice it to say that I came from having followed All-Things-Obama to my feet being staunchly planted on the right side of the proverbial aisle.

So, if it isn’t a secret, and if one need not exert a lot of effort to find this out, why am I “coming out” now?

Because, without being defensive, I feel there is a need to stand up and defend my political proclivities.

Being Canadian, I get attacked quite a bit when commenting on, posting, or sharing stories, opinions, news about the American political landscape. I have been told (by “friends!”) to “take a hike,” I have been told “until you pay taxes in this country, refrain from commenting on MY politics,” and various other pleasantries from those somehow offended by my conservatism.

Of course, I never got those attacks when I was pro-left politics. No, then I was welcomed into the fold, treated as a familiar friend, member of the family, even sought out for my opinions.

My eyes were opened to many truths which, over the years, began to make sense in light of my growing dissatisfaction vis-a-vis the issues important to me.

But I very quickly came to realize that my position is not the popular one. I don’t know exact numbers, but it may not even be on par with the percentage of the population on the left.

Numbers don’t matter, though. The conservatives – US and Canadian – I have come to know, admire, respect, and befriend have a passion matching mine.

A passion for Truth, not spin.

A passion for autonomy, not heteronomy.

A passion for self-reliance, not dependency.

A passion for freedoms and liberties, not edicts and orders.

All of these are conservative values, no matter the country.

But they are not what the left sees. The left mocks, criticizes, attacks, insults, vilifies those of us on the right more and more, these days, and much of it has to do with Power.

There is always a need to compete in this world. Whether it is goods, status, jobs, or power, people want to be at the top. But competition is not the only reason the left tends to attack us.

When I “debate” (and I use the term lightly because online debate rarely is of equal tactics or desired outcome), I use facts, data, evidence, even charts and graphs if I need to. None of it is cited from sources known to be more opinion than fact.

I find facts and figures from statistics. I find news articles reporting events as they happened (the good old 5 Ws), I use various ways to illustrate the points I am making. I have no pressing need to be Proven Right. I just want to make my points using the truth as it is objectively written.

None of that seems to matter.

The left is known to be governed by their emotions. Those who vote liberal do so, often, “because I have always voted that way, and my parents and grandparents voted that way.”

The right uses reasons. “I vote conservative because I believe I know best what to do with my own money, and don’t believe I should be working to hand it over to a governmental body that will spend it for purposes with which I do not hold.”

The left tends to argue in one particular way. In the face of my facts, figures, evidence, I usually come up against someone who will criticize conservative political figures in order to deflect from the topic, if I have opened up a discussion criticizing the left.

For example, in criticism of a candidate for the presidency who is clearly mentally deficient, the only argument some leftist commenters could muster up was not in defense of their candidate but an attack on mine.

Deflection, whataboutism, however it is termed, it is ineffective.

Note to preface the next sections: I did not begin as a fan of Donald Trump. It was only in watching how his policies benefitted the USA, Israel, minorities, the economy that I found myself supporting him. I know his flaws. I have personally called them out. He won my support based on political effectiveness, not personality or questionable antics.

I recognize that President Trump is a polarizing figure. I was one of those who railed against his nomination, his election, his Twitter addiction.

But as someone who was well aware of the media bias in favor of the left, I could see that he was getting a raw deal. I saw it before he came onto the political scene. The media was brutal when John McCain challenged Barack Obama.They were worse when Mitt Romney did the same.

With Donald Trump, because his personality is much larger than McCain’s, Romney‘s, and other conservatives in the field, it became not just brutal but ugly.

And then he was elected. And if one does a quick look back at the four years of his administration, the Democrats in power did nothing but look for, manufacture, and work at ways to remove him from office.

This isn’t a piece about Trump’s presidency. That will come another time.

This is a piece about being conservative today. Today, January 7, 2021, after chaos at the Capitol. Today, two weeks before the Democrats take over the country. Today, 2021.

It’s never been easy. My views are more than challenged. They are seen as evil. Literally evil, as in being called Nazism (uninformed, they accuse me of embracing Nazism despite the fact that I am a strong, proud, outspoken Jewish Zionist).

They have compared Trump – and his supporters – to Hitler. There can be no historical figure more evil than Hitler. And yet, without the intelligence to acknowledge that the president has not committed genocide, mass deportations, torture, ghettos – much less the decency to refrain from the inappropriateness of Holocaust analogies – these attacks are more the norm than the exception.

However, the minute someone like me points out Joe Biden’s puzzling descent to gibberish, and his clear cognitive decline, I am accused of “bullying a stutterer.”

Let’s get something straight: never have I bullied Biden on stuttering. Others have. I have not.

But look at a comparison of Biden from just 8 years ago, compared with Biden today, and there is an obvious difference.

[For the record, anyone putting the numerous incidents of verbal and mental breaks down to stuttering is the one who is bullying stutterers. Those who stutter are not prone to cognitive gaffes. And Biden‘s verbal mishaps are not stutters]

It should be noted that anytime anyone who knows me, or who reads my bio sees that my path has led me to being an educator on issues of cyberbullying/bullying, disagrees with me politically, they throw this in my face as though my unpopular views are somehow bullying of others. These insecure people should attend my workshops in which I teach high-school kids that disagreement is NOT bullying. As someone well familiar with the behavior and definition of bullying, I should know that; the specious accusations are a form of deflection rather than constructive criticism or effective debate.

If I praise a great move by President Trump – such as the four peace accords signed between Israel and Arab nations within 5 months’ time – I am immediately accused of being a “Trumper,” as though that is some form of insult.

But point out that Biden not only supports the disastrous and dangerous Iran deal, or how he threatened Menachem Begin in 1982 and will not be the friend to Israel Donald Trump has been as president, I get attacked for supporting a “Nazi, racist, xenophobe” – with no evidence of any of those accusations pertaining to Trump.

I see a lot of tough people on social media. Those who take on the fight and don’t care how hot it gets. That isn’t me. Don’t get me wrong, I enjoy getting in the ring with some people. But I don’t fight. I don’t like confrontations. I will parry with continued presentation of facts and evidence. But I usually get attacked, put down, or outright unfriended for my views.

So I have wondered, for a long time: why are my views any less valuable or valid than theirs? Why are we, as conservatives, vilified to the point of not volunteering our political positions, opinions, or proclivities?

Why have I made it so that only a select audience on my social media can see my political posts? Why am I hesitant to somehow show the true me to everyone? Why do I feel the need to protect myself from the onslaught I know would come from just posting as publicly as possible?

There’s no easy answer except for this:

My views are deserving of as much consideration as those on the left.

But I am so quickly dismissed as “conservative/right-wing nut job” because of my views that it is discouraging to try to have discussions anymore.

All I have ever asked of anyone presenting their views is facts. Truth is the only way to make a point. Anyone who ever took debate classes knows that it isn’t enough to stand up there and say “this is the way I think it should be because I think this is the way it should be.”

Debaters are asked to back up their side.

Why is it that when I do that, I am accused of lying and called names?

Again, no easy answer. I am worth exactly what anyone else is worth, in the world of opinions and views.

All I ask is not to be attacked for being on the Other Side.

That shouldn’t be too much to ask for, right? Unfortunately, I am not too optimistic. I’m hoping to be proven wrong on that.

If you, as a left-leaning reader, are seeing this and your immediate instinct is to bristle, dismiss, and vilify me, please stop and examine your initial thoughts. You can start, right now, to make this world a better place by listening to another view.

Just remember that. I am a proud conservative, Jewish, Zionist, Canadian woman whose views are just as good as anyone else’s.

And I will stop hiding who I am because others have made me feel “less than.” I will speak out, proud to be who I am without having to defend myself.

Because nobody has the right to make another person feel “less than” based on opposing viewpoints.

All I ask for is civil discourse. Let’s start now.