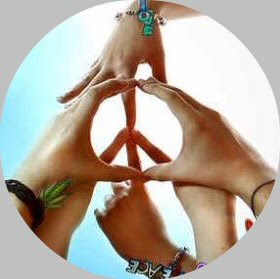 Something very powerful happened tonight. Around suppertime, a column was released that had mostly everyone shocked by its insensitivity and controversial finger pointing. I immediately blogged about it because I had to express my feelings and share them. Writing, for me, has always been a catharsis, a release, a therapy as well as a creative and intellectual process. I posted my blog on twitter, and was immediately met with people RT’ing (retweeting) it. I’m always honored when people do that because it is a peer recognition that never gets old.

I had people responding to me, both in my timeline and in private, and again, the compliments were as wonderful from the first to the last. It always moves me deeply to be able to touch another human heart with my writing.

We were also given a window to another heart. Julie V, metricjulie on Twitter. She posted her letter to Pat Hickey as well, revealing her own survival of sexual abuse. It is candid, heartfelt, knowledgeable and powerful. And we were given the info that the evening radio show on a local station would feature this topic, as well as a call from Julie.

I tuned in. And before the show began, well before, there were those who joined in the dialogue about what the article had done to us, for us, and what we wanted to see happen. For most, besides a retraction and apology, we wanted to see this topic become less taboo, more talked about and action taken to empower the victims/survivors.

The show began, and Julie was magnificent. She spoke about how the article had made her feel, and we all bonded yet again on Twitter as we listened to a fellow Habs fan/tweeter. Then another caller was on the line. Daniel, a fellow Habs fan, a tweeter I did not follow but whose tweets I had seen RT’d from time to time. He was inspirational. Daniel talked about his own sexual assault at the hands of his father, and mentioned how hard it is to go to the authorities when something like that happens. He said something that broke my heart: he said he knew his sister was being victimized as well, and said “I guess that makes me guilty like Pat Hickey says.”

I won’t talk about the article here but I was starting to see how it could have a negative effect on people.

I will talk about the positive. Suddenly, I was drawn to Daniel’s story, and to his strength, and immediately hit “follow” on his twitter account. I tweeted (and followed) Julie, thanking her as well.

And a conversation ensued. We were listening to the show, where dialogue was serious, important, and open. We were bonding on twitter, with people we were listening to as well as reading (from the hosts to the callers). We were resolving to make this world better by taking action when we could, bringing awareness as we can, and just making life more positive by dismissing negativity.

I tweeted: “Folks, we are witnessing something very powerful here tonight.” I felt like literally group hugging the people I was in conversation with, some I’d known from before, some I had just begun to follow on Twitter. I felt this light being lifted from what had been a confusing, dark mood, and I saw that the power of people – brought together by social media and a polarizing force – is stronger than any attempt to tear others down.

I read people tweeting Theo Fleury in support, in solidarity, and in thanks for his voice in this area. And I felt more hopeful about the future of humanity brought together by strengths, resolve, survival, and yes, technology.

What is even better is that this is only the beginning. I know those I spoke with tonight will keep up the good fight. And this gives me hope, most of all, for the future my children are going to experience.

Thank you to James,  Dave Kaufman (whose show highlighted this topic tonight), Marc, and Jay – as well as the aforementioned Julie and Daniel. I will have closed my computer with an incredible sense of optimism. So many nights, during or after Habs games, that is not present. Tonight, drawn together by a common outrage and concern, we transcended the world of hockey in support of those among us who represent so much more. I will not forget tonight. I look forward to these new friendships forged from words on a page and transformed to hearts connected.

Peace to all – I’ve got your backs!

4 thoughts on “The Power of People”