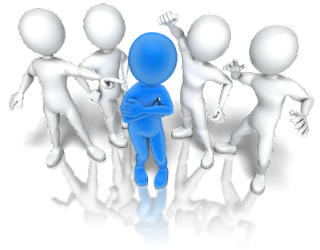 Twitter can be an insidious cesspool of all sorts of characters. There are those who attack others for their views, those who spam, those who talk about people on another person’s “TL” (timeline). And I’ve experienced most of that in the past few hours.

First off: this is NOT a blog about my opinions or my reasons for them. That is another blog, another time. This is simply a story about how civil discourse and simple respect are dying out. At least on Twitter.

Let’s face it: I don’t represent the Popular Opinion. I didn’t support the incumbent in the most recent election, and I am not a gun control advocate. For those reasons, I have been dubbed a wingnut, a whack job, a racist, a religious nut, homophobic, and – most often – a bully. That last designation always comes with “and she CALLS herself anti-bullying.”

Margaret Thatcher said: “I always cheer up immensely if an attack is particularly wounding because I think, well, if they attack one personally, it means they have not a single political argument left.” (it goes for ANY argument, not just political, but politcally is where I’ve been attacked)

According to PM Thatcher, I should be ecstatic! The personal attacks on Twitter have been fast and furious today. And it’s one thing to have a direct debate with someone who refuses to respect, or acknowledge your right to state your opinion. It’s quite another to mosey onto another person’s TL and find that they, and a large group of others you once thought were your friends, are talking about you in the most derogatory, debasing, hurtful ways.

So I called out one of them tonight. I tweeted, in a series of 140 characters (Twitter’s limit), my disappointment in him. My hurt. My dismay at his lack of class, respect, or maturity. And I dug deeper. I saw that there were many more who were talking amongst themselves about what a crazy, ignorant, aggressive bully I am. Even those who had unfollowed me months ago were engaging in not only talking about me, but trolling my TL (coming to my page to see what I was saying, what the conversation was, and then going back to report to others). What is this, high school?

When I dared to protect my tweets (a setting that allows only those you have approved to follow you to see anything you tweet and hides everything from everyone else), I was laughed at but they were miffed. I mean, how dare I not give them fodder for their fun?!!

And I’ve seen those people who still follow me, whom I still follow, getting in on the act. I won’t name them – I’m a lot classier than they. But I know who they are. And I am disappointed.

One man stood up for me. And with me. And when he did so, it was because he saw I was being ganged up on and not only does he share my opinions, but wanted to help me express them. I am more grateful for the upstander in him than he knows. And he has earned a permanent place in my ever-shrinking pool of people I respect. He has earned it.

So I will post this with a caveat: I will NOT be treated like a pariah because I hold an unpopular view. I am not going to defend myself ad infinitum to people who don’t understand what bullying is – I will only state that if they did, they would not accuse me of it because they would see how wrong they are. I will not defend myself against those who tell me my views are wrong. Opinions can NEVER be wrong. If it is fact, I will admit it, but opinions are not fact, and my right to state what I believe and believe in will remain intact. Anyone who disagrees to the point of being unable to see past that is free to either ignore my tweets, or unfollow me. But to tell me to stop saying what I believe in is against the First Amendment and even Canadians know what Amendment that is. (If not, look it up. Here, I’ll save you the trouble: This is what the First Amendment protects.)

It isn’t too difficult to see that those who would see the Second Amendment rescinded are so quick to want to stifle a dissenter’s First Amendment rights as well. They do go hand in hand, after all.

Yes, I protected my tweets. Not to hide or slink under a rock. But to protect and defend myself against people like those who would troll my TL simply for ridicule and cyberbullying (yes, I am using that word because those who use social media to denigrate others are cyberbullies – especially on the repeated, prolonged basis in which it took place today where I’m concerned).

I will no longer be a punching bag for those who disagree with me. But if you want to tell me how you feel, don’t be a coward and talk ABOUT me to others. Say it to my face. And say it respectfully because I block out the swearing and insults.

Stay classy? On Twitter? Few and far between. It’s become a chatroom for ridicule and cliques – at least in much of the company I used to keep – and if one falls out of favor with the minions, one is vilified. Well, I plan to revamp my experience there, to one of class and maturity. I dare anyone reading this to rise to the challenge. Stay classy – stay respectful. Recognize an opinion and respect one’s right to state it.

Let’s see how far we can get.

3 thoughts on “Class and Maturity – Is Civil Discourse Dead? On Twitter, It Looks That Way”