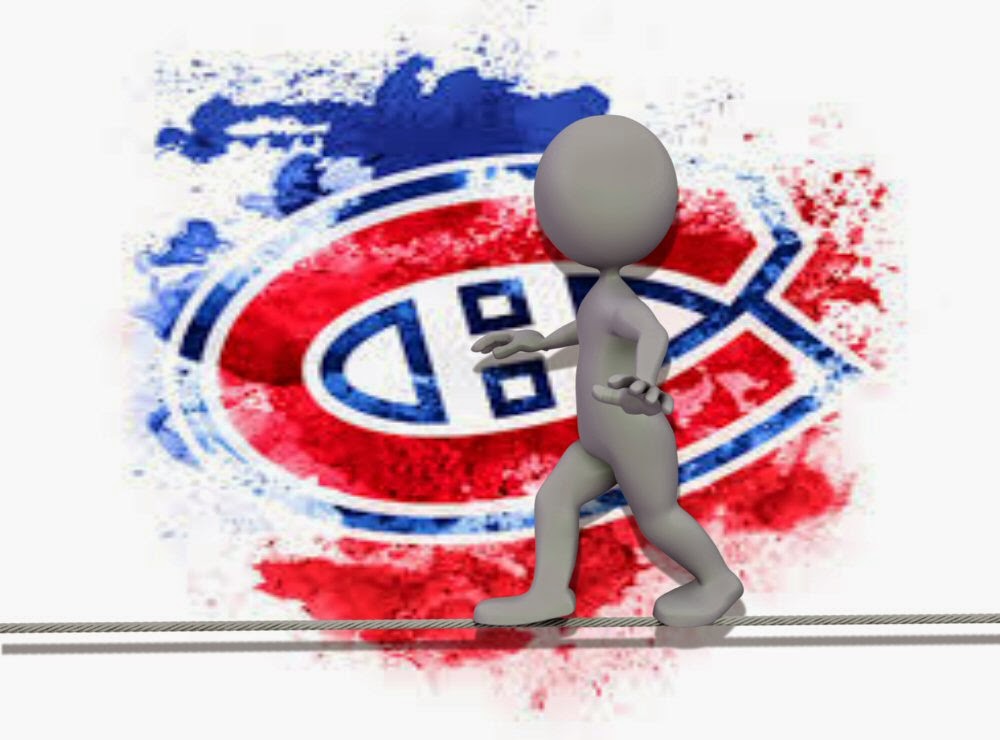 Tonight’s Game 5 against Boston started off with my nerves already on high. To be clear, my nerves were in full swing when Boston eliminated Detroit and were announced as the opponents we would meet in Round 2. Nervous not because of a lack of confidence in my team – not at all! But because Boston presents a whole new set of challenges; they’re not only an Original Six team, they are probably our biggest rivals. Yes, they surpass the Maple Leafs because they are (apologies to Leafs fans here) a serious rival, an opponent to truly challenge our guys.

It seems whenever we play Boston, there are headgames involved. Fans troll opposing fanbases, teams get into each other’s heads (and physical spaces) and there is an unseen, but almost tangible buzz about Montreal vs. Boston. This goes for regular season as well as for playoffs.

The rivalry has increased over the years, with recent events between these two teams escalating it to what Boston’s Coach Julien has even called “hatred”. That is strong language but it is visible. No matter what happens during a game, there is always a back-and-forth on social media between bloggers, fans and analysts who tend to invoke that “hatred” and spark even more intense flames.

The latest was an incident that took place in the 3rd period. Trailing by 3 goals, PK Subban sniped the puck past Rask and closed the gap to 2. While it wasn’t enough, and time was running out, Bruins’ Shawn Thornton took the opportunity, as PK skated past their bench, to squirt PK with water. This was the second time it happened this game, as per PK, but it was enough for PK to go over to the referee and report it. Thornton was seen snickering on the bench, nothing was called, the game ended, and that was it for Game 5, but PK answered questions about the incident. Rightfully, he stated that had he done the same thing, the news cycle would have lasted at least 3 days. We know he would have been vilified for it. Instead, fan bases are once again at each others’ virtual throats, one defending the act, the other defending their player for being targeted.

Honestly, this is not the first dirty trick the Bruins have dealt other teams – and as we’re in this series with them, the Habs are targets every other day now. Milan Lucic has a history of spearing players in their family jewels – and in this series alone has done so again. Without penalty. He was fined for doing the same to a Red Wings player in Round 1, and so now, is considered on record for it.

Tonight I had tension I was experiencing physically. Granted, the past couple of days have had me sleep deprived due to my dog’s discal hernias flaring up, and that didn’t help. But I was confident yet nervous going into the game. It’s a tightrope I seem to walk when watching the games; each one is important – regular and post-season. But the games against Boston have a special tension of their own inside my head and heart.

My team wasn’t playing the way they’ve played the last 8 games. We looked sloppy, disorganized, almost disoriented at the TD Garden. And as a result, we lost the game.

Halfway through, with a Mother’s Day brunch to prepare for, I decided to listen to the game as it played on the television in the kitchen, and went about my preparations. I was physically nauseous from the first period and felt it would be better for my health (and my brunch preparations!) to simply not stay solely focused on a frustrating game which wasn’t getting any better.

As I listened with one ear, working on the tasks at hand, I started to question how a game in which I was not playing, in which neither of my kids was playing, at which I was not in attendance, could have me so uptight to the point of physical manifestation.

I’ve questioned this before as well.

There’s one answer: It’s the Habs. It’s my deep loyalty to the team that, even in losses, never fails to make me proud of my team, my city, my sport of choice. It’s the excitement that grows when sharing a simple “Go Habs Go” with a stranger wearing the bleu-blanc-rouge in a grocery store aisle. It’s the hope that never wains when the puck drops on a new game, the scoreboard is reset, and the ice freshly smoothed. It’s the knowledge that, no matter what happens, there will always be another game to watch, perhaps attend, another win to celebrate, another loss to analyze and learn from, another story to be told, another evening to enjoy.

It’s as simple and as complex as that.

My hope is never diminished, my excitement never quashed and because there will be a Game 6, and if things go as I believe they will – a Game 7, I proudly cheer: