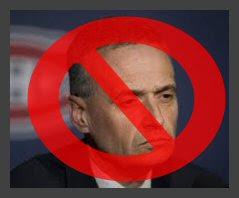 My Habs are in last place. Last. A place I’m not used to seeing them, in the past 2 years since I started paying attention to points and standings. We’ve been through trades, coach firings, injuries, a suspension, and loss after loss.

I read my Twitter timeline and see the analyses placing blame everywhere it can be placed (and some are right, some are off the mark, some are way off base). I express my sadness, my frustration, my disappointment and my dread of Season’s End. I commiserate with other Habs fans, and it actually feels better to do so.

But I think we need to do something. As a fan base, we consist of people from every level of knowledge – from reporters, to reporter-smart, to just-plain-smart analysts and bloggers. And people like me, fans who enjoy the game, understand much of it, and learn from those who discuss the situation.

Still, we don’t do the hiring or firing. We don’t coach (other than armchair coaching, of course!), we certainly don’t manage, we aren’t the players. What power do we have as fans?

We could boycott the game. Before you open the “leave comment” box, that is NOT my opinion, suggestion, or idea! I’ve heard it said; you won’t see it. Not here. Montreal eats its young sometimes, when hockey doesn’t go its way, but we will still flood the Bell Centre for games.

We could write letters – they may or may not reach the desk of those people we are addressing, those people who need to know how we feel.

But what I’ve done – and will continue to do, and am proposing we ALL do – is to tweet Geoff Molson. He has Twitter, and is found at @GMolsonCHC. I believe if he hears enough of our suggestions (am I wrong in believing we ALL want Pierre Gauthier fired before he can do any more harm to our team by signing the wrong players and missing out on the right ones?), he may just understand how WE see this team.

So fellow fans: Tweet Mr. Molson. I can’t do anything but suggest that our tweets are respectful (he’s more likely to listen to fans who aren’t tearing him apart or using profanity), calm (anger will be behind our sentiments but he’ll see the cool heads that prevail) and to the point. I don’t know if it will do any good, but who knows? He’s on Twitter, it’s not easy for him, but he’s on. He reads the tweets. Let’s inundate him with our pleas to fire Gauthier and see what happens next.

I’m not saying we have power. But vox populi, right?

And on another note: no matter where we’re at in the standings, my son has been invited to Saturday’s game and is as excited to attend as any game where we were on top of the world. THAT’S loyalty!