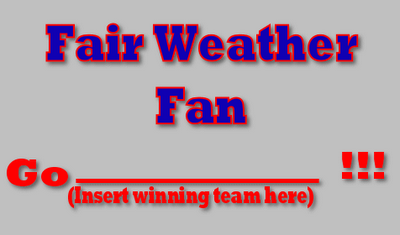 (nb: if this graphic looks familiar, it’s because I created it for this piece last year.)

Today, on Twitter, after another devastating loss, Habs fans were commiserating as we always do. As we did, we listened to a new show on CJAD, The Locker Room, with Abe Hefter. By the time I tuned in, one caller had suggested the Habs trade Erik Cole. Say WHAT? Cole has been a huge asset since he was signed. Big, powerful, takes risks, and scores goals. His attitude and heart are top drawer. But this caller wanted him traded.

I then heard a caller who called fans “duped”. That people keep spending the money, going to the games, and being duped. He insulted those of us who cheer for our team, saying that the team doesn’t show up, why should fans?

That got me ticked! I posted to Abe’s Facebook page: Abe, I can’t NOT be a Habs fan. Your previous caller quit but I never will. I’m devastated by this season but I’m optimistic and patient, and a forever Habs fan!

Abe read it on the air with all the passion I felt in my heart. But then, the fun started. I suggested we trade or fire the fans. It started to grow legs. Mimi said, ” Know what keeps me going? I trash the fans instead of the team. HAHAHA”

Bella, on her birthday, posting from Miami, posted: “I’ll pay for the crate. They’re going cargo. Don’t forget to drill holes in it.”

I replied, “They don’t need holes – they have them in their heads!”

When Mimi asked if, after trading Cole, we have any players to ice a team, I suggested Youppi lacing them up (for those not familiar with him, Youppi is our big, orange, loveable fluffy mascot). To that, Mimi replied, Yup. And we’ll dress some fans, preferably those who think they’re better than Gomez.” My reply: “And then get Chara to fire some 108.8 MPH pucks on ’em!”

We began to have fun with this; we needed an outlet for our sadness, our frustration, and our increasing sense of doom. Being Habs Fans Forever (aka #HabsFanForever – a new hashtag not usable by everyone), we found an outlet: “fans” who proclaim that they are either done rooting for the Habs, or who constantly bash them (I’ve seen people actually say, “shame on them for not showing any heart.” as well as rather profane statements about the team). We haven’t picked on specific people, we’ve kept it fun and light, and it sure does bring people together. I’ve gone from sinking heart to a feeling of cohesiveness and camaraderie and it makes a hard loss more palatable.

Your turn: what would YOU do to those who may dress like fans but speak like rivals?