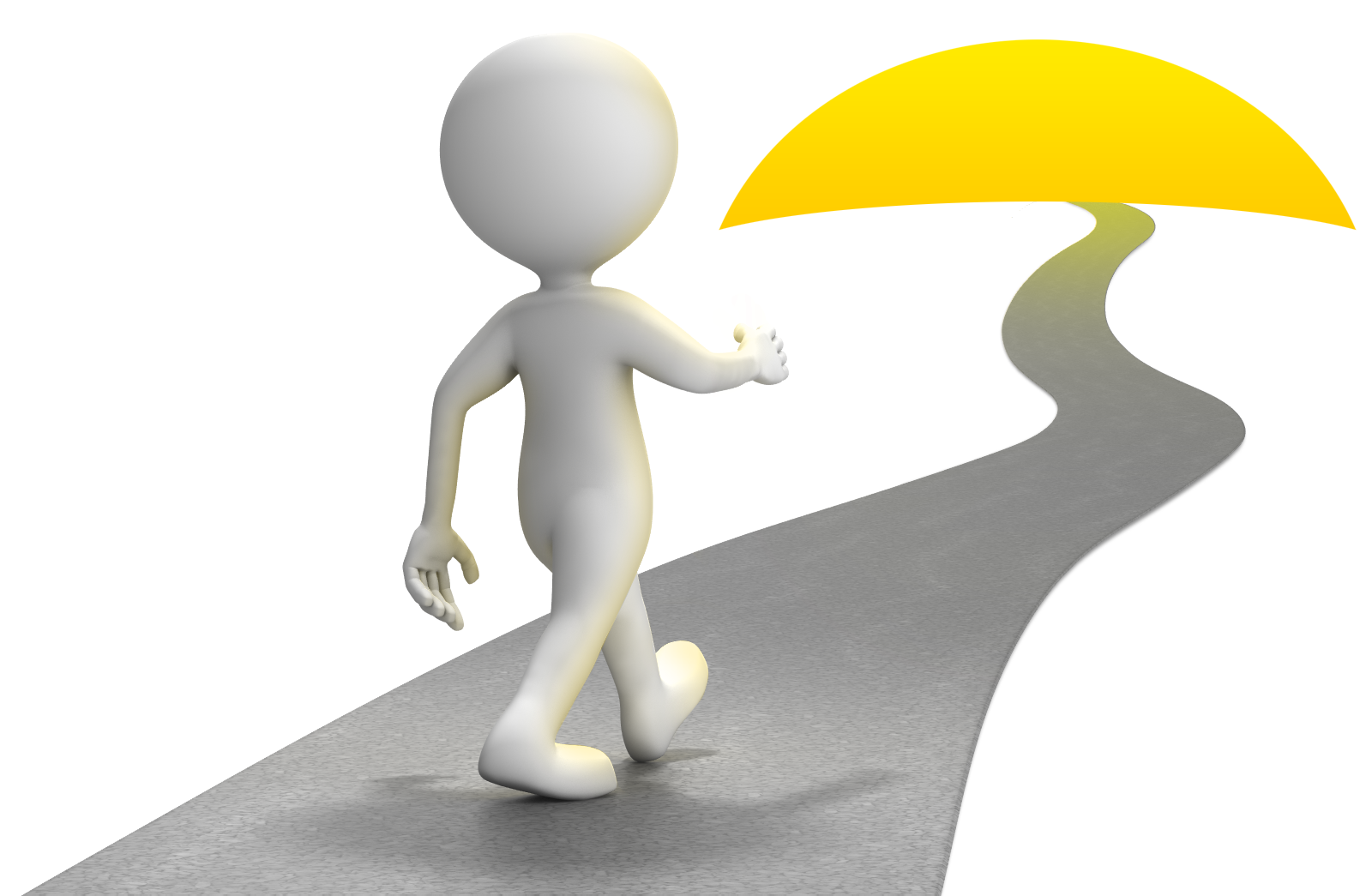 (Note: I realize that Blogger posts in reverse order chronologically, therefore if you are just stumbling upon this blog, this is Part III of a series. Please start with Part I and continue through; I rarely do serial postings, but this one had to be done in parts. Thank you!)

In the early days of discussing my political views on social media, I would turn to what I already knew and felt, I would turn to sometimes-frantic web searches (“Does the NRA support gun sales without background checks?”) and would more frequently turn to frantic texts to J (“quick question – debating a leftist – need a source or an answer to why the Second Amendment exists today and is important – thanks!”).

See, as much as I knew, I was a toddler in my newfound education. I knew what I believed. But I needed to be able to combat what I now know is rhetoric-without-foundation and was not yet comfortable on my own.

I got the help I needed. But something happened – I was internalizing the values, learning the background, reading in my spare time and familiarizing myself with the common arguments that would get thrown my way. It always helps to be able to counter ideological contrarians when you know the ways in which you will be confronted.

And it was quite amazing. I found that the same (to use a common phrase now) talking points were held up almost as shields against the Truths I put forth. It became easier.

But it also became easier as I became more confident in my own ability to discuss, debate, discredit the rhetoric.

The first time I held my own in a Facebook “debate” (using the term lightly – they tend to get heated, ugly, and downright mean), I felt yet another weight lifting from my shoulders. I had realized that the whole time, not once did I seek a website for answers, text my Spiritual Guru for help, or access past arguments I might have archived for the sake of reference.

I had held my own. In the true sense of that phrase.

I had a Helen Keller “Water” Moment.

Let me explain: Helen Keller has always been a hero of mine. Since I was old enough to understand, since hearing of her death when I was a child, and from having read every book by, and about her that I could.

My favorite moment – from the books, from the film – is the W-A-T-E-R moment. Annie Sullivan, her tireless teacher, was spelling words in Helen’s palm. It was gibberish to the blind, deaf, mute girl. But something clicked at the moment when Annie signed “water” in Helen’s palm, coupled with the coolness of water from the pump she had just shown Helen how to use.

That was the Moment. Helen began to understand the connection. The letters, the word, the water. And she went into a frenzy of hunger for more. She touched everything she could – the grass, the tree, the flower, her dog – and went back to get Annie to spell the word in her palm.

That was the Moment when Helen Keller transcended her blindness, the world of darkness that she’d inhabited, and emerged into light of a different kind.

That’s how it felt for me, learning about this new world of politics from a different perspective. Craving more. Seeking everything I could in order to learn my way around this new landscape. Taking that new information and using it to speak with authority from an entirely personal, but fact-based position, feeling confident and aware, knowledgeable and smarter than I had given myself credit for, in this new arena.

Election 2012 saw me working hard (blogging, tweeting, Facebook discussions and debates) for The Other Side. The side I had not wanted to win last time. The side I now not only believed in, but embraced as “my people”. And I had confidence that, with the tragedy in Benghazi, the world – or at least the voters – would see how important it was to have someone in the White House who would address the issues, not hide from them.

The results of the election shocked and depressed me. I felt a heavy-hearted sadness I could not describe. I felt a deep sympathy – even empathy – with those in the USA who had fought for REAL change.

Fear set in. What would happen now that this administration got a second term?

Fear rose as, from acceptance speech to second inaugural, there was an overt nose-thumbing at all political opponents. “We won, we don’t ever have to win again, you’re going to regret ever having gone up against us and we have the Power.”

And with each one, I have hoped that THIS will be the one that brings the administration to account.

With the recent developments between the Taliban and the United States government, more questions have been asked, more issues brought to light, and the same old issues (the lawlessness of this president) reignited.

When it happened, I – as usual – began to pay keen attention to the stories. I followed them on both left- and right-leaning news outlets (it is in my nature to be aware of what is being said on both sides and always form my own conclusions).

This story has invoked emotions from anger to disgust on both sides of the aisle. It contains elements of terrorism, lawlessness, lack of transparency (from the administration that not only campaigned on transparency but recently referred to itself as “the most transparent administration in history” – a line that has even leftists shaking their heads), and military-oriented issues.

And as infuriating, frustrating and frightening as the story is, with all the implications for what may well happen next and how it will affect the ones I love, as well as my own country, being able to properly understand and speak from an informed point of view has strengthened me exponentially.

I have to interject personally again – because, though I have done this before, I have to do it here.

I have apologized, profusely, sheepishly, shamefaced, to J for the insufferable Obamaniac that I used to be. I look back at that person I was (from Part I of this narrative) and I am deeply sorry for having been that person so loudly. He’d never held it against me – those we care about cannot sway our feelings no matter our ideological differences – but I’ve still felt the discomfort of having imposed that person on our friendship. He’s already absolved me. He’ll probably shake his head when he reads this.

But it is important for me to acknowledge that – just now, because having gone over this evolution, this conversion, this awakening, in writing, and in revisiting those times, I am even more keenly aware of how I used to be.

However, I also owe him a debt of thanks – for, among other things, having been there to support this new journey, to help me understand, to explain to me exactly what was happening (out there, and within my own soul), and for being a Guide along the way – steady, informed, willing to take the time to teach me, and encouraging me every step I take. And so here, publicly, I thank him for all of that, and more.

My journey is by no means complete. No journey in life ever is.

But I was compelled to write this down this way because if I’d waited any longer, there would be even more to write and I will tackle those events as they happen now that the genesis is down in words.

I know it isn’t the popular side to inhabit. But looking around – in my own ever-expanding circle, on social media, in blogs, in media, and even in parts of the world beginning to see the Light – it is becoming less of a vilified position to take.

Part of that is due to the continuous news cycle of neverending “missteps” (in quotes because it is an understatement and the crimes to which I refer will be addressed in future entries on this blog). The government is messing up. It is happening more often, more publicly, and more egregiously than before. Perhaps there is hope that the media (at the very least) will experience an awakening of their own.

At this point, I’m not hopeful. I see some members of the Fourth Estate opening the other eye to begin seeing depth to the surface stories they’re filing. But not yet.

However, I remain the eternal optimist.

And even if not – I am proud to be this person I have become. The one who shed the idealist blinders and faces truth no matter how frightening or unpleasant it is. Because one can never go wrong – in politics, in friendship, in love, in life – when one espouses the Truth.

I will end here – but only the narrative. The journey continues. The growth, the quest for more, the enlightenment, and the exhilaration (and the sharing thereof) continue.

My thanks for having stuck with this – and with me;  I extend to you an invitation to comment no matter what your leanings.  I’ve never shared my views in order to try to change someone’s mind. But if I could help one person to stop and think – as was done, and continues to be done with me – it can be the beginning of harmony, shared enlightenment, and true change in a world that is fraught with challenges.