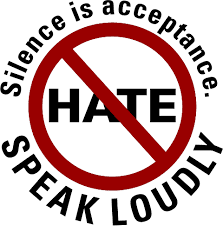 In a newsletter I received from B’nai Brith, it has come to light that Igor Sadikov – about whom I wrote last night – has doubled down on his hatred, and has been contacted on social media by willing participants to his violence.

Igor Sadikov continues to spread anti-Jewish falsehoods, even after his tweet calling on his followers to “punch a Zionist” was exposedby B’nai Brith Canada Thursday. The report sparked a media firestorm.
Sadikov, clearly an unrepentant member of the Legislative Council and Board of Directors of the Students’ Society of McGill University (SSMU), issued a statementdefending his tweet as “opposition to the adherents of a political philosophy,” but “not an attack against Jewish students,” citing his own “Jewish heritage”. According to Jewish students at McGill who have known Sadikov for years, he has never before publicly identified himself as Jewish or claimed any Jewish background.
Disturbingly, in the space below his “apology” on Facebook, Sadikov “liked” a commentfrom someone else, promising that “I can punch one for you if your position does not allow you to.” The “like” took place about seven hours after he made his so-called “apology.”

Students have reported to B’nai Brith that, in a tense meeting of the SSMU Legislative Council last night, Sadikov refused to promptly resign, arguing that Jews do not constitute a legitimate ethnic group and that there is no historical connection between the Jewish People and the Levant. A motion to censure Sadikov for his comments failed by a large margin.
Later in the meeting, a member of McGill’s BDS Action Network demanded that Jasmine Segal, a Jewish member of the Legislative Council, be impeached for “supporting Zionism.” While Segal was not impeached, the President of SSMU and other Council members refused to speak in her defence.
Segal told B’nai Brith that, “A university’s purpose is to promote a free exchange of ideas and thought – it does not matter what you believe or support. The only exception is that there can be no support for violence as a tool to suppress another person’s free speech. I had approached the President of SSMU in near tears, explaining my position, and was told that I would hear an apology and a public statement in the meeting. No apology was ever delivered. I am worried for students who are now scared to be a part of student government because of what happened to me today.”
Meanwhile, McGill itself condemnedSadikov’s remarks, saying in a statement, “We believe that they violate a number of our policies” and that “appropriate offices are taking action as required.”
“B’nai Brith Canada is disgusted by the response of SSMU, which allowed the escalation of attacks against Jewish students at McGill,” said Michael Mostyn, chief executive officer of the organization. “We have written to both SSMU and the administration, and our Quebec office filed a complaint to police (Thursday) about this matter.
“I cannot stress enough how appalled we are by what’s transpired in the past 48 hours. Rather than condemning Sadikov and distancing SSMU from his offensive position, it has chosen to remain silent about discrimination and incitement to violence toward its Jewish constituents. The McGill administration must move quickly to protect its own elected representatives.”
For more information contact:
Marty York
Chief Media Officer
marty.york@bnaibrith.ca
416-633-6224 x163
or
Daniel Koren
Media Coordinator
daniel.koren@bnaibrith.ca
416-633-6224 x172

As pointed out by a good friend, someone who is deeply knowledgeable about these issues, Sadikov should be charged under the Criminal Code, Section 319 as follows:

Meanwhile, I have forwarded last night’s piece to various outlets, including B’nai Brith (the two gentlemen whose contact information is above) and have tweeted Canadian Prime Minister Justin Trudeau to disavow this student.

Of course, Trudeau has yet to disavow the Quebec Imam who prays daily for the annihilation of the Jews. So I’m expecting nothing.

But others ARE speaking up. And this revelation that Sadikov has continued his crusade, even after his “apology” is alarming, to the point where I believe criminal charges MUST be filed.

We must not allow hatred to continue as a result of silence.