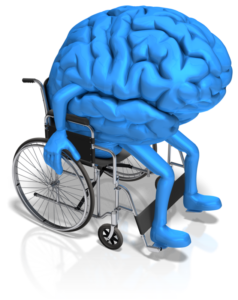 I became part of an important conversation in the minutes after our Montreal Canadiens won their game against the Dallas Stars Tuesday night.

The game was marred by the injury sustained by forward Andrew Shaw, after he checked former Habs defenseman, Greg Pateryn. Shaw went down, and it became apparent immediately that he was in trouble. We witnessed Pateryn’s fist making contact with Shaw as he lay on the ice, and then a member of the Habs’ medical staff running out to tend to Shaw.

Andrew Shaw throws a major hit on Greg Pateryn, but collides head on head too. pic.twitter.com/nFD1lYZsyD

It was really clear that Shaw was not “all there” (“wonky”, is how I usually put it). He was helped off the ice by two of his teammates, and – disconcerting to see – he was flexing his hand even as it was in his glove. Immediately, given Shaw’s history of TBIs (“concussions”), I wondered if his neck had somehow become involved (that would have affected his hand, perhaps tingling or pain).

The sobering sight of his trainers, one on either side, taking him into the dressing room (he had one arm over each trainer’s shoulders but was not walking of his own volition) tarnished the power-play goal the Habs scored as a result of Pateryn’s penalty.

Shaw felt serious concussion symptoms from April to September of 2018. He should have not been playing in these nothing games. Time is the best gift a player can get. Every NHL team must be smarter soon for these men. It’s not just their playing days. It’s the rest of their days.

(He later corrected it to “2017”, citing what we all felt: upset for Andrew Shaw that affected even the most basic thought processes as dates)

I want to point my finger at the Habs here but I am fully aware that all teams are negligent in helping these men buy more time before the next time they’re hit in the head.

But one day, some team has to step up and say this is a nothing game so the concussed aren’t playing.

And for the Habs as this season concludes with nothing games, there’s no reason for Price, Danault or Shaw to risk another head shot. If their next moment of danger is September, their brains will be thankful for the time to recover.

We know concussion symptoms are almost always worse with each additional concussion. We also know the closer amount of time between concussions is also a factor. We also know there’s no guarantee that symptoms ending is complete healing. So TIME is a gift. Give it when you can.

I joined the conversation:

I’ve been hoping for this for weeks. TBIs are not to be taken lightly, and with the season practically over, let them heal properly. #Habs need to make this decision. https://t.co/94nbEFJAd9

Notice how Lissa calls this traumatic brain injury. This is the medical community moving forward and changing the name to maybe change our thinking. We need to get more serious here. We need to put lives ahead of 2 points, especially 2 points not even needed. https://t.co/971QenMJ3S

I learned the term “TBI” (traumatic brain injury) in October of 2013, when my younger son sustained his first (of two). We were seen at the incredible Trauma Clinic, at the Montreal Children’s Hospital, and he was followed closely until given the green light to return to hockey.

Thank you, Brian. I think, if people know the medical term, they will understand why players need to get shut down. For the record, medical community no longer calls them “mild/moderate/severe”. A TBI is a TBI. And no helmet can protect completely. The brain floats in the skull. https://t.co/9eZXhJyvYu

And the levels of severity has been dropped because it is wrong to label it when only the initial symptoms have levels. No one can know what level of trauma is truly being experienced by the brain internally.

Exactly. If there’s a brain bleed, we’re talking about severe. But the brain is still sloshing around, bumping up against the inside of the skull. A ton of physical symptoms to start, with often-devastating emotional symptoms that follow.

Others joined in the conversation, including a firefighter-paramedic, who has also served as an EMT.

Note: Am I an expert? A doctor? A therapist? No. Just a mom whose son still struggles with post-TBI symptoms, even though his second injury was sustained in the fall of 2015. One becomes a pseudo-expert when one is immersed in the day-to-day “new normal” of a TBI in the family.

Our thread was retweeted numerous times and to me, that’s a good sign.

See, the NHL had put in “concussion protocol” after our Max Pacioretty was checked into the stanchion, by Bruins’ Zdeno Chara, March 8th, 2012. Headshots in the NHL became a Topic amongst everyone from GMs to medical staff, fans, and media.

The problem is that it’s 6 years later, and we’re not seeing much of a change. We see players disappear into the alleged “quiet room” for “concussion protocol” (which is supposed to be 15 minutes at least, but they return to the ice after a shift or two).

And then we see players like Andrew Shaw, who, in a pre-season interview revealed how much he had suffered with last year’s TBI. He had tried to conceal it from his team doctors, yet, he was experiencing symptoms – physical and emotional – that affected him even at home.

See, TBIs are an all-consuming type of injury. The brain is encased within the skull, and depending on the impact, ricochets off the inside bony structure at different speeds and impacts.

This is why helmets don’t prevent TBIs. They prevent skull fractures, of course. They may lessen the blow of TBI-inducing hits. But you can’t stop the brain from its rocky course with the skull.

And TBIs don’t just affect hockey players. They don’t just affect athletes. The firefighter from last night’s conversation revealed how a coworker’s daughter missed her entire soccer season after hitting her head on the ceiling – while jumping on her bed.

Everyone is at risk. You can take a fall, and sustain a TBI.

I learned, as a new parent in hockey, that mouthguards were mandatory. Without hesitating, our coach explained to us that the kids were also wearing mandatory cages on their helmets. So, why the mouthguard if their teeth were protected from pucks?

Because TBIs can be sustained by players’ teeth coming together hard – as in a fall, for example. Think about it: the skull starts at the upper jaw. When the jaws snap shut, the impact can lead to a TBI.

TBIs can also be sustained when a player’s head whiplashes – as in a check, a high-sticking incident, or a fall. The spine begins at the neck, and of course, it’s all connected.

As Brian mentioned, each subsequent injury increases the fallout. Shaw has sustained more than one TBI, in his career prior to coming to Montreal. He’s a physical player. We are all deeply worried for his condition this morning, and – as is habitual – the coach and team have released no information yet.

The conversation needs to be held – over and over, until something is done.

Sidney Crosby was shut down, some years ago, after he sustained a TBI in their Winter Classic game held New Year’s Day, 2011. He did not return that season, and only returned in November, 11 months after the injury.

I understand the loss of any player, as the team relies on all its pieces to move through a season and playoffs. But the risk to that person – not just as a player, but as a functioning human being – is greater than the loss of a season.

And Brian is right;  Phillip Danault and Carey Price both sustained TBIs this year and are out of the lineup (though Danault, inexplicably, had returned to play briefly). Do they really need to return for the last handful of games in this all-but-over season? We’re all hoping the team shuts them down until next year.

Shea Weber has been shut down. And before you tell me, “Well, he had surgery, DUH,” realize this: there’s no surgery for a TBI. And it is a more esoteric type of injury as it manifests in myriad different ways from person to person. Weber’s injury is as real as Danault’s, Price’s, Shaw’s; just not as obvious. 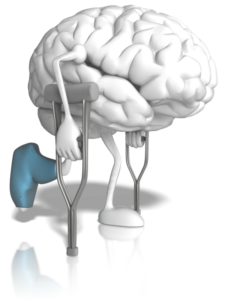 My son used to tell me he was worried people at school would think he was faking, because a TBI is an invisible injury, but no less real than the fractured wrist he sustained one season. We were lucky that (CEGEP) John Abbott, and Concordia’s John B. Molson School of Business student centres both boast experienced, compassionate staffers who accepted everything from an MRI requisition to a receipt from a physiotherapist as “proof” of injury, and accorded my son the accommodations he required (such as writing exams in a quiet room with low light, and extra time for assignments and exams).

It’s good that young people are being treated properly for their TBIs. When will the NHL develop a consistent, enforced protocol to protect its players?

Having that conversation on Twitter Tuesday evening, continuing into Wednesday, was a good start – perhaps the Powers-That-Be will continue in the closed-door meetings, and start to see the severity of traumatic brain injuries to those who are responsible for the success of the NHL in the first place.

Thanks to Brian Wilde’s expressing his concerns, we can promote wellness and awareness.

The rest is up to the League.