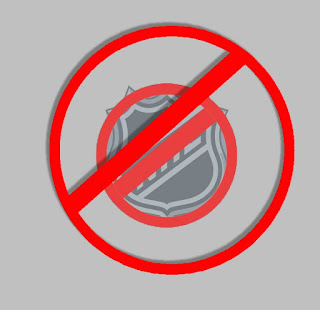 First, let me get this out of the way:

Those words stick in my blogging craw. I’m a Habs fan, and that isn’t just the practice of following one’s team, being happy when they win, complaining when they don’t, blah blah blah. That is in one’s blood. Seriously, here in Montreal, it is compared to religion. And while I’m not making this a religious (or sacrilegious) conversation, I have to say there is a deep-seated loyalty that one could easily compare to that of religious beliefs. The loyalty that comes from knowing the team will be great and not so great at any given time. The loyalty that comes from knowing that we’ll see good players come and go. The loyalty that comes from the pride in our franchise – the most Cups won, the oldest in the league, the one that has turned out most of the hockey greats in the storied Hall of Fame. A faith that goes beyond thinking.

That loyalty is not one that can easily be erased.

When the lockout was announced in September – no, even before that, with the rumblings of certainty so many in the business were warning us about – I felt a sinking in my soul. An emptiness that was exacerbated by the lack of playoffs for my team last season, and the terrible season we had in 2011-2012. After that season, I renewed my hopes for this year. I felt that my team – and its new management – would recoup our losses, come out of the 2012-13 gates on fire, and show us all (and the hockey world) what the Montreal Canadiens are all about: pride, talent, and victory.

But the lockout extended the very long off-season and this being my first lockout (I became a fan in the magical playoff season of 2010 – no longer a Scoreboard Celebrant but an actual follower of the game and all it entails), I did not know what to expect. The previous lockouts were a blip on my radar. No hockey? Whatever. But now? No hockey? SAY WHAT?!

I remained hopeful and optimistic that there would be a season. I followed the analysts on Twitter and radio, television and newspapers, websites and apps, and took the sides of those who believed, dismissing those who did not. Again, all new territory for me.

Then, the announcement after Day 113 of the lockout: the CBA had been ratified, the season would proceed, and hockey would begin again, albeit a truncated season. It didn’t matter. 48 games are better than 47, and infinitely better than none!

And then came the rumblings of BOYCOTT. I’d read many a follower on Twitter vowing to boycott the NHL. Not buy the merchandise, not subscribe to Center Ice, and definitely not go to games. Again, my mind could not assimilate that: not go to games? How could anyone give up the chance?

I haven’t been to a lot of games. A family outing at the Bell Center is not cheap, even in the cheap seats! But when we’ve been able, I’ve gone to games with my kids, enjoying their excitement, and sharing in something that is so much a part of their lives. Going to games has to be affordable, and when it is, it is truly a memorable outing. I may not have attended many games but I can recall each and every single game I have gone to, with the same exhilaration at experiencing the Bell Center.

Imagining a boycott – not going to games because it will “show the NHL that their fans aren’t going to take this anymore” – was foreign to me. Not just as a fan but as a logical and (I’d like to immodestly state) intellectual thinker. Hockey fans – in my world, anyway – are all or nothing. You’re a fan, or you’re not. Therefore, fans can’t boycott, can they? It’s in the blood!

I’d like to say that those who have decided not to go to games, or not to buy merchandise, that is their right and I respect their right to express their disappointment with the NHL. But I can’t share it. I am too invested, emotionally, in this team, its players, its history, and the pleasure I get from watching games (either on TV or in person) and sharing that with my boys.

So I have to wonder how serious the boycott really is. There are those who will not go back. They’ll watch on TV (but I’m wondering how soon it will be before they NEED to go to a game once they get into the Habs season, especially after the victories I will optimistically predict on this page). They’ll read about it, they’ll follow the games or the results thereof.

However, tickets for two games went on sale this morning. 21,273 seats at the Bell Center. Not counting the season ticket holders, those who bought advance tickets (if they were available), the seats that went up for purchase this morning sold out within the hour. Did people spend money to boycott the games? I think not. Will they, as one Montrealer has urged, show up at the Bell Center Saturday night, with their tickets, and stand at the door refusing to go in, only to go watch at the local pub, only to show the NHL and the world that there are empty seats where there should be screaming fans? For the money tickets cost, it would be foolhardy for people to do that. I’m betting that when my family attends Saturday’s game, we will be a handful of people in a sea of faithful fans, there to cheer on our team.

One more thing: I did not take sides in the NHL dispute. I don’t know enough about it to opine, but I do know that the players wanted to be on the ice and would have played with an expired CBA had the commisioner allowed that to happen. It was Gary Bettman who made the lockout happen and again, while I’m not pointing fingers, there is no love lost between me – or any fan – and Gary Bettman.

And because I know the players would have been on the ice (from various interviews they’d given, various charity games they played and their subsequently going to play in the Russian and European leagues till the NHL was back), why would anyone want to penalize these hard-working young men who go out there and leave it all on the ice every single game? I would cringe if they came out to a smattering of applause instead of the thunderous building-shaking they get every night. I’d be embarrassed for my city if the Habs faced a less-than-capacity crowd.

I don’t believe that will happen. I believe Montreal will make us all proud again – and show our loyalty and love for our Canadiens.

So let the games begin…I, for one, can hardly wait to rock my P.K. Subban jersey (please sign him, Mr. Molson!) and cheer my team as they step onto the ice for the first time since last April.  I am proud to be a Habs fan, and I am proud to be a Montrealer. Let’s welcome the guys back in style!