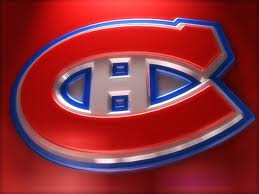 Okay, I’m coming up to my first anniversary of Total Habs Fanaticism. That would be the turning point in my life where I ceased to be a “clap for the team when they score” fan, and began paying attention to game strategies, behind-the-scenes goings-on, a little of the Business of Hockey, and even yesterday’s trade frenzy. My Hockey Education began with the 2010 playoff season, where the Habs’ Cinderella run coincided with my being a double hockey-mom (TWO kids playing) and having no choice but to absorb the culture which was growing as fast as my boys, in my household.

So besides becoming utterly intense when it comes to games, understanding how every point counts and treating each regular-season game as if it were a Game 7 in the playoffs, I became fiercely protective of my team. I saw, last year, how so-called fans turned on the team (and its individual players) the second we lost, or a player did a stupid move. It made me think – what could cause me to turn on the team like that?

Answer: Nothing. Nothing short of dirty playing (à la Matt Cooke) or unlikeable players (à la Chris Pronger, Mike Richards, and down the line) or incredibly consistent stupidity (hasn’t happened yet). So, in short, nothing can turn me against my Habs. I am a fan to the end, and even when they’re playing in a less stellar manner than those Game 7s, I cannot find myself criticizing them.

Does this make me less savvy than the die-hard hockey-knowledgeable people I know? Maybe, in some ways. But part of my love for my team is my faith in their ability. And if this isn’t the year, it isn’t the year. All I care about is if we’ve been entertained (we have), enjoyed success (we HAVE), seen miracles (Boston 2-0 for 3 periods, Habs win 3-2, anyone?) and felt the pride in our team, our city, and our reputation. We have. Or, at least, I have.

No one can bash my team. I expect it from adversaries, I expect it from fans of opposing teams, I definitely expect it from the fierce rivalries but the vitriol I’ve seen this season has been an eye opener. I don’t have that many non-Habs fans on my Twitter account (by choice, btw) but I’ve seen reposts and it can be shocking, at times, how ugly the comments can be.

But to see it from people who wear the bleu-blanc-rouge in their Twitter pics or avatars…that’s discouraging.

Short Twitter 101: in Twitter, the # used for the same word or phrase by a large number of posters will cause it to “trend”, meaning it will show up in a list in the sidebar on which people can click and join the trend with their own posts. It can be fun (the “#BadRockGroups” trend was fun and creative) but it can also show what people are talking about, in Canada, USA, World, etc.

The latest to add to my discouragement is a derogatory nickname for one of our players. He is definitely not showing the star quality he did last year, the quality he is being paid multi-millions for, but does that mean I will start a trend on Twitter, or join one, to put him down to all who follow me? Does that mean I will use a hashtag to make sure that he, or his teammates or friends, will see that I’ve jumped on the Bash-This-Guy bandwagon? No. Will he care if I, in particular, do so? Probably not. But I will. He’s on our team. Do I wish he’d sit up straighter and take notice of the game going on in front of him? Of course. But he’s one player. We have many more and most of those are pulling their weight. We win as a team, we lose as a team.

Am I judging those who bash? No. But I hope they won’t judge me for keeping this sometimes-idealistic faith in my team, a faith that translates to hope, and excitement, and anticipation, and love for a team that has given me a new passion at this stage of my life, one I can share with my children, my dad, and friends, old and new.