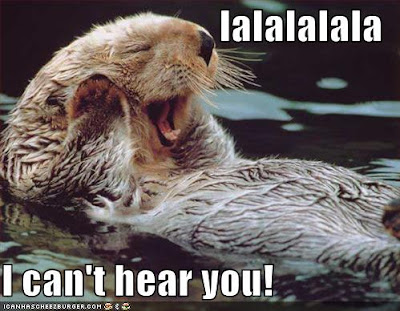 Foreword – actually written after this blog entry but posted here on top: I can see this is the first in what will undoubtedly become a series of reflections on the topic – this is written after a week’s worth of debate and discourse over one event in particular…read on and let me know what you think!

I’ve been unfriended a small handful of times on Facebook. And while I’m not a “right fighter” (thank you Dr. Phil, for another super term), I will opine vigorously in any discussion or debate in which I might find myself. Whether it’s on my FB page, or another’s, I tend to express myself in the most forthright ways I can. This includes the old-fashioned idea of “saying it like it is”. Sugar coat? Not me. Respectful? To the core. Civil? Never anything but.

In the spate of recent political issues that have arisen over the tragedy in Tucson, I have expressed my outrage over the witch hunt involving the political right, the rolled eyes following the President’s speech (mocked by the political right) and pretty much everything in between. I have been finding a new political voice in myself, and I consider myself to be extremely well read, totally willing to inform myself on those issues with which I am not familiar, able to stick with a point of view that I feel comfortable with, instead of swaying with the wind, and utterly, confidently literate in my abilities to express those points of view.

So, now embracing the Libertarian philosophy, I’ve found myself ticking off the right, the left, and their minions, by the handful. It’s been an eye-opener. When people refute one’s comments, they do so with their opinions stated louder (most of the time, just restated, or others join in with the same words or ideas – at least, in these instances I’ve experienced). I tend to take those opinions and back up my own (any good research student knows how to do that!), in coherent, literate fashion. I will say it again: always with civility and respect. Never using CAPITALS TO SHOUT or a thousand exclamation points!!!!! to emphasize my statement, I have learned to properly communicate in this arena.

After several go’rounds with people on a page, the response (whether it is right- or left-wing related) denigrates to “you don’t know what you’re talking about” or “you’re dead wrong” or the one I really loved, “Lissa’s Canadian…a hike should be taken” (that was the first time I’d been thrown out of a conversation because Canadians weren’t qualified enough to comment on a USA issue). My response to that one is always, “this is not a political issue – this is a human issue, it affects us all, and if we don’t come together without pointing fingers, the human race is in trouble.

I’ve been told to “shut up” (even in jest, when the person saying it is someone I don’t know – or care to know, this is the epitome of disrespect) and was even chastised by someone who told me “Enough! Move away from your computer!” As if my keyboard were the culprit and my fingers were acting of their own accord.

In those times, I know when I’m not wanted, and happily leave those who wish to debate with like-minded “opponents” to their homogeneous yes-parties (“don’t you think this is true?” “YES!” “Do you agree with me?” “YES!” – boring, if you ask me – especially when there are obviously other perspectives to be mined).

But the few times I have encountered wonderful exchanges were when, on a friend’s page, one of her friends and I held different views but acknowledged each other’s perspective respectfully, and found common ground in other areas. Or the blog where I commented, was disagreed with but the poster mentioned he liked the Montreal Canadiens – instant winner!

It doesn’t take much to smile at someone even if we don’t agree with them. But I’ve found vitriol on top of vitriol in the past week, and at first it really bothered me. Then I was advised, “you can get along to go along, or you can stick with the courage of your own convictions.” That gave me strength, and renewed self-confidence and the jabs ceased to bother me. See, had I been a less confident person, less self-aware and weaker in my self-dignity, I would have crumbled. But I have learned so much about myself in the last few years, it has served me well in heated moments like the ones I’ve experienced this week.

So when someone who had befriended me out of the blue because of a common interest in African wildlife (and I did what I rarely do – accepted an unknown person’s friend request) stated, a couple of nights ago, that sadly her country has degenerated to the point where it was “no better than any other country out there,” I cautioned her by saying a little humility would go a long way. Canada is a damn fine country and I understand the USA is used to being a super power, but that to lump “every other country” in a lower echelon, on a public page, was a little insensitive of her to do. She came back vehemently, telling me that she thinks I should get a grip – that if we were face to face, she’d be afraid I’d physically attack her. Laughable? Yes. Disturbing? Yes. Why? Because never had I been anything but civil, never had I invoked any violent metaphors (being oh-so-cautious of PC’ness these days *rolls eyes*) and was suddenly being accused of the capability of physical violence? I retorted by telling her those exact things, and that she seemed to be the one who should “get a grip”. Next thing I knew? She’s unfriended me.

That’s okay – it’s everyone’s right to do what they feel will keep their world positive and happy. But some people do so in order to remain insular as well, and those are the people who cannot see another point of view without feeling their own threatened. I feel sorry for those people, but I cannot take responsibility for their actions. It’s Miguel Ruiz’s 2nd Agreement: don’t take things personally. “Nothing others do is because of you. What others say and do is a projection of their own reality, their own dream. When you are immune to the opinions and actions of others, you won’t be the victim of needless suffering.” (thank you don Miguel! And I highly recommend his books)

Unfriending happens. I don’t take it personally. I know what I have to offer others, I will not change my perspective to keep a “friend” who has the capability of leaving a “friendship” the second something doesn’t go their way in a conversation. I can honestly say I’ve never unfriended anyone on the basis of differing opinions. The one time I did unfriend someone was when I felt threatened.

In my research, I have learned that everywhere we turn, in the online venue especially, there is capacity to harm with words. Those who don’t know my background cannot know that I am probably, with every word I write, analyzing my posts for any possible harmful tone. Those who do know it should know better than to heap any sort of blame or ill will on me. I’ve been accused of many things by those who don’t know me – and that’s okay (sort of – accusations had better be backed up but there will always be those who do so reactively). But when those who are aware of my research, of my work, and of my sense of urgency that we eradicate bullying and cyberbullying, accuse me of that very practice, it is a reflection of their insecurity, their unwillingness to see another point of view, and their blindness to accepting that someone else might have a good point they could learn from and that could help them grow personally.

Unfriending – to me – is just the sign that those people want to live in their own world without being challenged by those who might see through their veiled attempts to be “right”, without being surrounded by all facets of the diamond (the world is flat?) and don’t want to leave a cocoon of harmony falsely created by a single-perspective world.

I welcome people of all facets to my Facebook, blog, twitter and messenger, because I welcome all people into my life. I welcome your comments. And I’ve heard many people say they welcome debate – but go on to limit it, usually to their point of view (which makes it a boring debate, if that at all)….but I truly do welcome debate. We’re not schoolchildren here and I don’t have to give you guidelines on how to treat one another but being so sensitive to cyberbullying, it astounds me to see the number of “debates” that are vicious fights (not even arguments!).

**NB: I have quoted directly from some of the exchanges I have had. If you should be reading this blog and recognize any of the passages, please know they were used for illustration purposes only and I am not pointing fingers (and have not named names); this has been an enlightening week and I feel I’ve grown just from handling many of the encounters I have had. So if you do recognize something – you have my sincere thanks for the ability to learn from those exchanges! (and for the blog material)**

1 thought on “The Business of Unfriending”