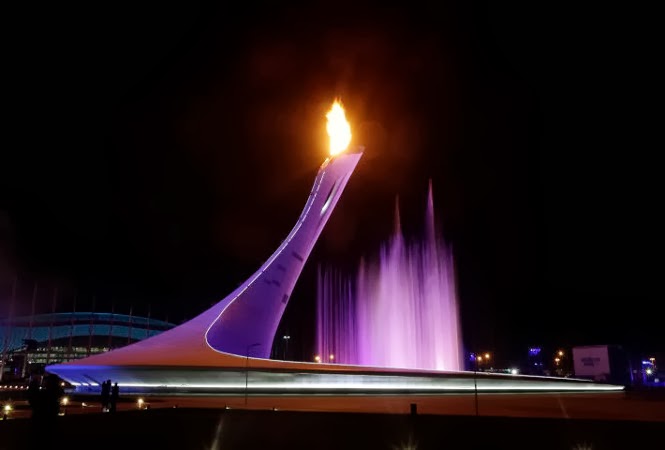 Well, the Games of Sochi 2014 have come to an end, and I thought I would put down some of my thoughts.

I always experience a rush of emotions as the Games close; there is pride for my country and how my athletes have fared. There is pride for ALL countries and how they came together for 17 days in a non-political spotlight. And there are blues when the Flame is extinguished and the party comes to an end.

For 2 weeks every 2 years, I am immersed in Olympics Fever. I love the events, and the achievements, but mostly I love that there is a constant buzz in the air of “anything can happen” feelings. The stories behind the athletes, the stories behind the events and how they unfolded, those are always compelling, poignant, some make us truly renew our faith in humanity (think Justin Wadsworth or Gilmore Junio). These Games were no different than any other, in that there was true competition, the usual surprises, and the heart-stopping drama culminating in Moments of exhilaration (Canadian Women’s Hockey, anyone?). And the crowning glory of reclaiming our spot on the podium in Men’s hockey (I wouldn’t be the fan I am if I didn’t mention that!), with an entire country crowded bars and pubs, friends’ or family homes, or just waking up to watch in pajamas and cheer on our guys in a 7:00 a.m. puck drop.

But the Games were shrouded in controversy this year. It began with celebrities like George Takei and Stephen Fry, who called for the Games to be relocated to Vancouver (illogical if not misguided – those decisions are made years in advance in order to prepare a city for the invasion of millions). Their call came in light of President Putin’s archaic and homophobic laws. Now, I don’t agree at all with the way in which Putin’s government has approached the issues, nor do I agree with the brutality that has ensued. Nor do I believe those attitudes help contribute to a true Olympic Spirit.

But in its infinite wisdom, the IOC awarded the Games to Sochi 7 years ago. The laws were not in place then, but the pendulum had swung, preparations were underway, funding was in place, peoples’ lives were about to become chaotic, and one doesn’t just pull the plug on that.

When celebrities take on a cause, their followers herald the troops. And boycotting the Games became a call to arms.

I disputed vehemently on many a social media venue. I would not boycott, because in the end the Game are about the athletes. And those young people have trained – most of them for their entire lives – to compete, no matter where the arenas were situated. I felt that because they are the focus of the Games (and should be), and because it is ludicrous to punish them for laws that they were not responsible for, nor supportive of (in all probability), it dishonored those young hopefuls to boycott their shining moments.

I wasn’t just talking about our athletes either. Yes, I feel deep Canadian pride for my country’s delegation, but the names I wanted to hear called on the podium – USA’s Jason Brown (video here) from the USA, for example, whose pre-Olympics performances catapulted him into figure skating greatness even before the Games began (and who ended up with a bronze medal). Would Russia’s magnificent Evgeni Plushenko get a third Gold? (He withdrew from competition, retiring on the spot after a fall rendered him unable to compete and injuring his back to the point of surgery needed)

It’s about all the athletes. The delegations-of-one from countries like Mexico, Kyrgyzstan and the Philippines (list of one-athlete delegations here). The countries making Olympic debuts like Dominica, and East Timor (seven nations made Winter Games debuts) and the imminent retirements from their sports, as with our own Hailey Wickenheiser and Finland’s Teemu Selanne – what kind of Games would these people all experience?

Boycotting would deprive me of the joy I get from those Moments. And the enjoyment of the events I follow, introduction to events I do not, and revisiting events I watch every 4 years.  Boycotting deprives the sports fans of their 17-day bonanza.

I believe it was mostly non-sports fans who called for the shunning of these Games. Or those who are sports fans but don’t truly get the Spirit of the Olympics and the reasons for which these Games take place.

There were those who boycotted based on the government. I surmised that, even with my distaste of the American government in power now, I would never boycott watching the Games if they were held in the USA. My focus is solely on the humanity and athletics of the Olympics.

Those activists who came out against the Games were predicting disaster. Gay athletes and their families would be thrown in jail (I encountered someone who did accuse the government of doing just that, when in fact the story she had read was not about athletes, but about some rowdy protesters, and that is within the right of any police force to contain). Gay athletes would not be allowed to compete. Gay athletes would be edged out of medaling.

None of that happened. Nor did I ever believe it would. Not because Putin would turn a blind eye, but because he would have been committing political suicide had anything like that happened on his watch.

I had confidence the Games would come off as planned.

And not only did they, but Opening and Closing Ceremonies were practically perfect (the one malfunctioning snowflake-ring was a source of ridicule and “I-told-you-so” reports for days after, with many of us pointing out that Vancouver’s Openings had their own malfunction – with the lighting of the Flame, no less!). And in fact, the Sochi organizers, to their credit and with their delightful sense of self-deprecating humor, deliberately recreated the malfunctioning snowflake in the Closing Ceremonies. Russians? Laughing at themselves? Say it isn’t so!

The Ceremonies were filled with professionalism, polished technology and staging, exquisite design (the floor of Fisht Stadium was spectacular as it took on an everchanging landscape of thematic design and photography), and overwhelming moments of performances.

The IOC President, Thomas Bach, made an impassioned speech in the Opening Ceremonies (which was surprisingly edited by NBC – allegedly for time constraints; the full text is in the link provided) that should have served to bring those die-hard boycotters back to the Games. The line I took away from it resonates (italics mine):

I say to the political leaders of the world – thank you for supporting your athletes. They are the best ambassadors of your country. Please respect their Olympic Message of goodwill, of tolerance, of excellence and of peace. Have the courage to address your disagreements in a peaceful, direct political dialogue and not on the backs of the athletes.

My question to those who decided to boycott remains, how can you not feel pride in your country’s best athletes who went to a new country, participated in a 2-week meet, and gave their all in order to medal, place, or merely show up to pad their experience for their next competitions? How can you not feel or show pride in the accomplishments and stories that emerged as the days went on, in the young people who represent the future of your country, who leaned not only on the support of friends, family, teammates, coaches and trainers, but on the support of their country sending them off to Russia to fulfill their dreams? And how can you not feel the patriotism oozing from every corner of your city as flags fly high to honor the returning athletes and crowds overflow airports to greet these moral, spiritual and athletic giants in their first steps on home ground?

Four years ago, I found myself at the airport on the same day Joannie Rochette returned to Montreal. Her emotional performance was underscored by the devastating loss of her mother just days earlier, in Vancouver, but she prevailed and won bronze. I was drawn in by the support for her, and waited in an unending bubble of time until she (along with our other athletes) stepped out of the door to the media scrum and the throngs of people there to welcome her home.

Joannie’s strength, athletic and spiritual, inspired this year’s athletes. When you read a story like this, how can you turn your back on those hopefuls for an utterly irrelevant Cause not their fault or within their control to change?

I suppose I cannot understand those who were so loud against Putin but remained silent when China hosted the 2008 Summer Games.

I suppose I cannot understand those who deem everything to be politicized, thus refusing to see a separation of Games spirit and political dissent.

I suppose I cannot understand those who take a stand against something by speaking out against it but taking no action to instill change.

But I would not boycott these Games, and I am all the richer for it. I stand proud as a Canadian whose athletes kicked ice, overcame broken bones to compete and medal (Mark McMorris, anyone?  Meaghan Mikkelson?), and whose country placed a respectable 3rd in overall medal wins.

I stand proud as my nation and my hockey nation celebrates 2 back-to-back Gold medals in men’s and women’s hockey (the women taking their 4th Gold in as many Games). I stand proud as my nation celebrates men’s and women’s Curling gold (with an unprecedent undefeated women’s team in all 11 games). Yes, I stood proudly in my bedroom, in pajamas, singing Oh Canada as the men’s hockey team celebrated their Gold and a country erupted in cheers.

I cheered loudly in my car as the women tied a game that was all but lost, and in my kitchen as their OT winner broke the sound barrier all across Canada.

And I feel richer for having followed the hockey games with my kids, discussing the results, the Moments, the upcoming events, and the predictions for that Final Showdown.

I feel richer for having witnessed a perfect Olympics.

And I congratulate Russia for their Games. Because despite their politics, their austerity and their intolerance, they delivered on the promise they made 7 years ago. Medalists and non-medalists alike were all winners, because of Russia’s beautiful job on delivering a breathtaking 17-day Games.

As are those of us who are Olympics Enthusiasts.