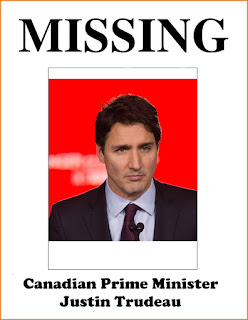 It’s been a week since a McGill Student representative’s tweet came to light. Asking his followers to “punch a Zionist today”, Igor Sadikov has since deleted his Twitter account – but not much else. He doubled down on his remarks a day after a non-apology, and remains in his position of representing students.

His decision to remain as student rep is unfathomable. And yet, at a meeting of the SSMU (Students’ Society of McGill University), he was confronted by students who wanted to know how their safety will be protected now that the story has gone wider.

Molly Harris posted publicly, on her Facebook page, exactly what happened in that meeting. Her post begins with the words: “I have never felt so targeted, disgusted, or disappointed in my life.”

She goes on to describe what was said in that meeting, and what Sadikov said about Jews (“it is contested that Jews are an ethno-religious group.”. What is more disturbing is how he was greeted with cheers and applause from other students.

I urge you to read this young woman’s statement – it is chilling that in this day and age, we are facing a threat whose author is so exposed, so identified – and so untouched by any hand of justice whatsoever.

Deleting his Twitter account? Issuing a non-apology in which he shamelessly tried to invoke his “Jewish heritage”?

Just this past Monday, the SSMU voted – and rejected – the motion calling on Sadikov to resign from the student union. The motion was rejected in a 5-4 vote. Democracy at work, folks, but where’s the justice?

Here’s my bigger question: where are the adults in this situation?

In the past few days, a friend and I have been seeking adults to take some sort of stand on the matter. Jewish organizations like B’nai Brith and CIJA are on this case, and working to see what can be done so that students at McGill – and other Universities – can feel safe.

But where is the government?

Canada’s former ambassador to Israel, Vivian Bercovici, posted this on her Facebook wall:

Just this week, Anthony Housefather – Liberal MP – posted this statement on behalf of him and colleague Michael Levitt:

We commend @AHousefather, @LevittMichael for noting that @theSSMU MUST censure Igor ‘Punch a Zionist’ Sadikov for inciting violence #cdnpoli pic.twitter.com/NGKd1c1SBg

These statements are important because those with a platform can use their voices to raise awareness, and provoke action.

I must echo Ambassador Bercovici, who asks, where is Prime Minister Justin Trudeau?

We have seen PM Trudeau address other incidents – from the tragic, to the expressions of hate.

For example: following the Paris attacks in November of 2015, Trudeau dealt with the sharp uptick in hate crimes against Canadian mosques. Mosques were vandalized, anti-Muslim graffiti was spray-painted on an apartment complex wall, and a Muslim woman was the target of racial slurs, her hijab tugged by the attackers. Serious enough to be criminal, but no serious bodily harm committed. And certainly, unacceptable.

He swiftly condemned those attacks within a day of their occurrence, stating:

“Diversity is Canada’s strength. These vicious and senseless acts of intolerance have no place in our country and run absolutely contrary to Canadian values of pluralism and acceptance.”
Trudeau also vowed that his government and police would work to protect the victims’ rights, and urged Canadians to focus on unity in the face of global terrorism threats.
“Our focus must be on stopping the people responsible for the terror, and continuing to fight hate by embracing Canadian values,” he said.

That is as it should be. A Prime Minister should speak up when the citizens of the country he runs are threatened in any way, and in the face of hate speech, condemn those acts.

I despise rushing to judgment, but this Prime Minister hastens to comment on anti-Muslim rhetoric, and is currently drafting a motion that would make Islamophobia a crime. Motion M-103 condemns Islamophobia, but fails to mention other religious groups.

Considering the fact that Jews are the victims of religiously motivated hate crimes more often than any other religious group in Canada, this shows a definitive lack of inclusiveness in condemning ALL hate crimes.

For a Prime Minister to be faced with this kind of story taking place over a week, with a continued atmosphere of fear and tensions on campus – spreading to other universities, no doubt – and say nothing?

It is not acceptable, not for a leader who is supposed to be the leader of all Canadians, not just one segment of the country.

McGill University likely wishes this issue would fade away. After all, the tweet was deleted, the Twitter account is gone, an “apology” was issued, and nobody has gotten punched (yet).

Those of us incensed that this student is still an official representative, let alone still a student at McGill where his hate speech can be surreptitiously spread by him and his minions, will not let it go.

Those of us who want to see him expelled – and at the very least forced to resign his position – will not let it go.

Those of us who read of a student’s traumatic experience at a SSMU meeting, where Sadikov spoke, and his supporters targeted dissenters, will not let it go.

Those of us who want our elected officials to speak up, to pressure not just the University but the leader of our country, to denounce, and act upon this egregious hate speech, will not let it go.

If you are a student at McGill, a recent graduate, an alumnus, or even a parent of one, it would be a good time to let Suzanne Fortier know how you feel. She is the Principal and Vice-Chancellor of McGill University, and her email address is suzanne.fortier@mcgill.ca.

The more emails she gets, the harder it will be for her to ignore it.

I also urge everyone to write your MP to ask for a strong statement. The two statements above are excellent examples of elected officials recognizing the problem and doing something about it – even if it is just to speak up.

But we need more.

Find your MP on this site, and if you don’t know who it is, you can search by your address.

All you need to do is send a simple email, referencing the story (B’nai Brith Canada published a story last Friday, in which the student doubled down on his hate speech), stating your outrage over his continued tenure as student and student rep, and asking for a formal statement – as well as perhaps asking the MP to introduce a motion to get a formal statement from Prime Minister Trudeau.

It starts with voices. Our voices.