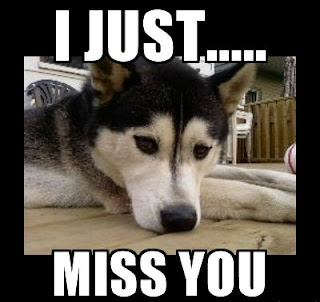 I turn to words more often than not, when my heart needs to express something that cannot be contained.

Tonight, I am writing in tribute and sorrow – because my friend, Lloyd, passed away yesterday. I only found out about it a couple of hours ago, and am still processing the shock.

Lloyd and I “met” through Facebook. He and I had a mutual friend (who, oddly, blocked me in a disagreement but to whom I owe a debt of gratitude for the introduction).

Lloyd and I immediately saw the things we shared: love of the Montreal Canadiens hockey team (even though he was American, he was a McGill University graduate and loved our hockey team as much as our city), political views, a deep respect for words and language, and the fun of wit and wisdom.

We became friends some years ago – and shortly thereafter, he recruited me into a group for people who love language, and cringe at the prevalent grammatical errors we see, especially on social media.

The group became a second home for me online. Whenever I’ve seen an egregious error in language (whether it’s odd spelling, grammatical crime, play on words, or the like), I’ve been able to go into this group and share it.

I’ve “met” some great people through the group, as well as through Lloyd, and we found that we had several other friends in common as well.

His love for animals was another thing we shared; Lloyd had rescued his beloved husky, Mikko, not too long after we became friends, and he and I would talk about our dogs all the time. He rescued another husky – and I am still honored that he gave my name as a reference to the rescue shelter.

Lloyd’s wicked sense of humor could always be counted upon for a smile, even in times of strife. When our Canadian election went the way it did, knowing how deeply it affected me, he posted an online countdown to the next election.

Lloyd was known for his countdown posts. After Donald Trump was elected – not even in office yet! – Lloyd posted a countdown to the next election.

He posted countdowns to Spring, Winter, Christmas – name it, he counted it down. And he would begin the countdown the day after the event had passed (there were always 364 days left to Christmas on December 26th).

His birthday – the day after mine – will be an empty one this year.

On New Year’s day, I messaged him to wish him a Happy New Year. He’d been looking for work, and found it just recently. In my message, I told him that this would be the year his dream job happened. He said “amen” to that, and said that 2017 would be the year we would finally meet face-to-face.

He used to live just across the border, in upstate New York (till some months back, when he took a job in NJ), and I so regret not being able to see him the one time I knew he had visited the city.

But we can’t have regrets in life; and I know I’m not alone – I’ve seen many of his friends say this on Facebook tonight – when I say Lloyd would probably want us to make some really twisted joke right now.

I hope he’ll forgive me for not being able to do that. I’m still processing this news, as I know everyone else is as well.

I do NOT regret having always thanked him for his friendship, for making me smile, for posting something that would make me laugh out loud, for his support, and for just being there. I’m glad I am the type of person to be candid and honest like that; it makes me hopeful that Lloyd knew just how appreciated he was.

I had to post, when I found out, on Facebook – because so many of my friends had come to know Lloyd for his wit, his principles, his humor, and his friendly self. And in my post I mentioned that he and I had never met.

A friend is not a friend defined how you met. But how that person made you feel, how that friend was there to listen. There is no need to qualify how the circumstances of meeting. The loss is felt no matter what.

She’s right, of course. I experienced this already – some years back, when my friend Bill passed away, never having met him either, but having so much that we shared as well.

It will sink in, as time goes on and Lloyd isn’t around to hit the “like” button or the “angry face” emoji on my posts (likes for the fun stuff, angry face for the not-so-great stuff – he did like to emote). It will sink in when he doesn’t count down to the next event or occasion, and especially when I cannot share the wordplay as I have so enjoyed doing all these years.

This loss will be felt for a long time to come – because he was almost as prolific as I, on my Facebook page. I could always count on Lloyd to be there with a comment.

Lloyd always acknowledged my posts. Whether it was a single word reply, a whole paragraph or two, a “like”, or an emoji, Lloyd was always one of – if not THE first to acknowledge my posts. He acknowledged them, and thus – he acknowledged me. The quiet will be conspicuous, deafening, and a large gap in my online presence.

His sons will miss him the most, and to them, I offer my deepest condolences, and wish that Lloyd’s memory be a blessing to them always.

Thank you for letting me pay tribute to Lloyd’s memory – he deserves the accolades. There was nothing negative about Lloyd Olsson.

Sail on, my friend. Smooth waters.