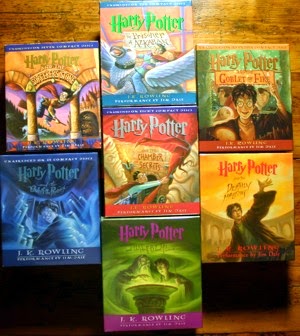 (Post – and current listening choices – inspired by time of year)

In 2002, at the beginning of July, I lost my mom. My kids were at day camp every day and I found myself trying to deal with this new reality, as I stayed home alone.

I took an online course in digital graphics. I listened to “The Mikado” (on a loop!) while I learned more about how to create various effects, and use different techniques.

And I began to listen to audiobooks.

The first one was Arthur Golden’s Memoirs of a Geisha. I had gone into the library, and happened to have been carrying my paperback copy of the book (maybe I was re-reading it because my mom had first introduced me to it). Francine, a now-friend, was working in the library’s audio-visual section and asked if I had ever listened to the audiobook.

Some background: The weekend my mom died, I had taken out a VHS film. I never watched it, as we spent every minute at the hospital. So I had not yet returned it the night my mother died. When Francine called me to tell me it was late (as a courtesy – there were big fines when films were late), I explained why I had not returned it. She had instantly assured me to keep it until I could come in, but I went in the day before the funeral; knowing I would be sitting shiva for 7 days, I didn’t want the movie out for any longer than it had to be.

Francine wasn’t there, but she had left a note on my file, waiving the charges (which, of course, I would happily have paid).

The next time I went into the library, she came out from behind the counter to hug me and give me her condolences. It was instant friendship.

A couple of weeks later, the day she recommended I listen to Memoirs of a Geisha on audio (cassettes, back then!), I eagerly asked her to put it on my file (it was not back from the previous borrower). She had raved about the experience, and I was hooked on the idea. As luck would have it, the next day it was returned, and I began to listen immediately.

That summer is defined by the experience of having listened to – no, being immersed in the story. It was read by a woman whose name I cannot remember, but whose version, sadly, is not available on DVD. I listened as I practiced my new digital graphics skills; I listened while doing the laundry, I listened while preparing my kids’ lunches for camp the next day, I listened just relaxing on the sofa.

It opened up a world of audiobooks for me. And thanks to Francine, I have read books I never would have picked up on the shelf (Eragon, for example, was not my style when I first saw it on the bookshelf, but listening to it was an exhilarating experience).

(Francine also has a very keen sense for people and picked up on my tastes in reading immediately; she never steers me wrong, even though she’s no longer at the library, but we remain friends)

I had begun to read the Harry Potter series. I got into them later than most, reading books 1, 2, and 3 first. I then discovered the library had them on DVD, so I began to take them out. I listened to the first 3 books, and from then on, would read the physical book, then take out its audio counterpart.

(In fact, the Eragon series was the first I had listened to without having read the paper-and-ink version first).

I loved the books – who hasn’t? – and listening to the audiobooks was more of a completely-new-experience than listening to other books. See, they’re read by Jim Dale, an English stage actor. Dale had never before read for an audiobook recording (but has since recorded other books – I just found out he is the reader for the brilliant bestseller by Erin Morgenstern, The Night Circus –  and has become the first inductee into the “Audio Publisher Association’s Hall of Fame”). With Harry Potter, he creates a completely new listening/reading experience.

Dale uses voices rather effectively. He uses his own speaking voice for Harry, but every other character has a unique voice. He is so talented, one need not wait till he reads the part where the author has written “Professor Dumbledore said,” as the voice alone alerts the listener to exactly whose words they are (he is still loyal to the text, though). 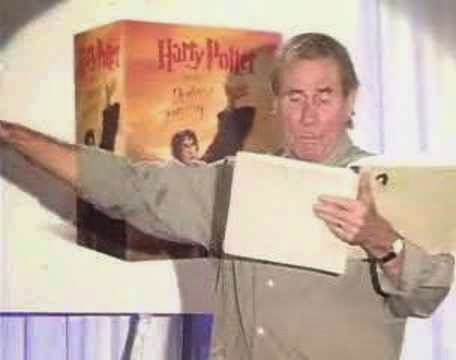 Listening to Dale is like listening to a play – a play of a familiar setting and group of characters, one in which dimension is added through expression and tone, timbre and inflection, and a play about magic made more magical by its very execution.

I highly recommend listening to the audiobooks. Whether you’ve read the books or not, whether you’ve seen the films or not – the world of Harry Potter is exciting and limitless, and Jim Dale makes it that much more enchanting.

I am just loading the DVDs onto my iPhone so I can once again slip into my summertime memories of sitting out on my deck, enjoying the sunshine and immersing myself into J.K. Rowling’s world as brought to me by Jim Dale.

Oh, did I mention I now own the set? So if you see me walking Theo and smiling happily, you’ll know why.