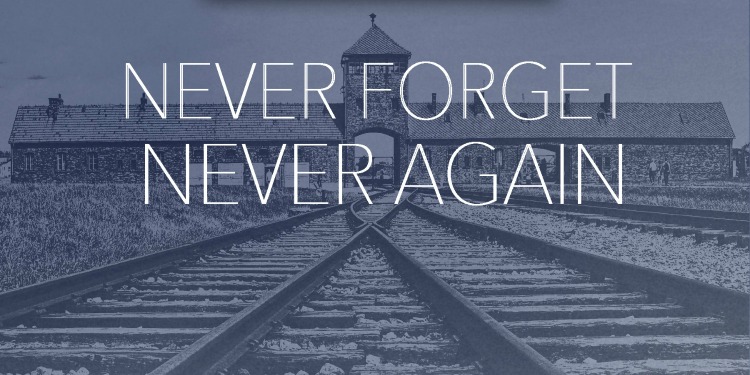 By now, the Whoopi Goldberg situation is well known. She stated, on Monday, January 31 2022, that “the Holocaust was not about race,” sticking to her remarks and justifying them by saying two “white groups” were involved, and therefore it could not have been race-related.

Whoopi’s problem is that she is ignorant. She judges every situation, it seems, through the lens of racism today. That is a dangerous habit.

Some history: the Nazis enacted the Nuremberg Laws, essentially categorizing Jews as “an inferior race,” in comparison with their ideal of racial purity, the Aryans.

That is not something many people know. And mass confusion over the suspension of Whoopi has arisen.

I’ve seen too many posts demonstrating the utter ignorance of the public – whether it is American, Canadian, or other nationality.

One person proudly proclaimed that she “looked it up in a dictionary and religion CAN be a race!”

I have tried, likely without success, to educate people in the limited space of Facebook, the limited time I have, and the limited patience I have for stupid people.

That may sound harsh, but I make no apologies. The people to whom I have explained the history of this topic have resisted accepting facts. Some have even stood by their original positions – which are to stand by Whoopi’s remarks and justify them.

“The Holocaust was about man’s inhumanity to man!”

The Holocaust was the mass genocide of six million Jews merely for being Jewish. We know this – many of you reading this.

But the problem is not that people are standing with Whoopi, or looking things up in a dictionary; the problem is, as I say all too often, education. Or, more precisely, the lack thereof.

Holocaust education is not taught as a part of most curricula. I have, from my extensive research of that era as well as my years of interviewing survivors, lamented this fact for a long time.

There are currently 22 American states that have mandated Holocaust education. They include:

Not even half the states in the USA. It needs to get better if we are going to at least try to tackle the lack of knowledge I call “ignorance.”

In Canada, it is up to the provinces and individual school boards as to whether or not to teach about the Holocaust. I recognize that there is a lot in the mandated curricula that must be taught in limited time, and now during the days of Zoomschooling, limited resources.

But we have to change that. We have to try to make school boards, schools, provinces, states understand that the further away from the end of the Holocaust we get, the further away from the knowledge about it we are. Even students lucky enough to have met survivors in their schools, these treasures who recounted their stories to teach students about that time, are the last of their generations to have been so lucky.

Holocaust education should not be extracurricular. It astonished me to see how many people commenting on the Whoopi story did so using their opinions, “common sense,” her stance, talking points, and just made-up nonsense to justify what they believe.

Knowledge is Power. It doesn’t have to be an in-depth course on the Holocaust, but as I have pointed out more often than not these past two days, a simple search-engine entry of “are Jewish people a race AND Holocaust” will yield credible, authentic sources like the United States Holocaust Memorial Museum, the Anne Frank House, and others. Given the Whoopi story being such a news item, there are links to sources addressing her particular statement, including PolitiFact (“Pants on Fire” rating), Jerusalem Post, and the Washington Post.

People seem to have stopped thinking, stopped researching, and are content to deal with whatever they see on whatever network they watch, whatever reporters they listen to, whatever stories surface on their social media feeds.

This, to me, is tragic; the Internet used to be called “the information superhighway.” It was, for me, exhilarating to be able to type in a search and get information delivered to my laptop. When I began my Masters degree in Educational Technology, the professor of my second course (Computers in Education) began the first lecture by discussing the credibility of online sources, and how to discern what to believe.

That, though I had already developed a feel for it, was one of the most memorable and important lectures ever. And that is relevant today, because too many people get their “information” from news media outlets via social media.

The tendency is to read the headline of a posted story, and comment on it. Few people click on the story, which usually contains information that does not validate the often-inflammatory headline.

I’ve seen that with this story. The talking points are being parroted.

Another phenomenon I have seen is those who have believed that because of her last name, Whoopi is either a converted Jew, a practicing Jew, or born Jewish. She has, in past interviews, said she identifies as Jewish and adopted the name from Jewish heritage.

In fact, Caryn Elaine Johnson has absolutely no ties to Judaism whatsoever.

Researcher Henry Gates found, via DNA, that “all Goldberg’s traceable ancestors were African Americans, that she had no known German or Jewish ancestry, and that none of her ancestors were named Goldberg.

That didn’t stop Goldberg from giving interviews in which she said “I know I’m Jewish,” and claimed to have grown up with Jewish holidays. She co-opted her stage name (claiming she changed it from “Johnson” because her mother didn’t think her name was “Jewish enough” in order to appeal to the “Jewish Hollywood” faction she wanted to join.

Given the many, on various Facebook posts I’ve seen, who believe the name is authentic, it’s succeeded.

Lastly, do I believe she should be fired?

Many have said no. Many scholars, including Dr. Gad Saad, whom I admire but with whom I disagree, have advocated for her to keep her job.

If you’d like to listen to Dr. Saad’s scathing – but fair – thoughts about Whoopi, here is the video.

I have my limits. I see a show called “The View” – better named “Their View” given its leftist bias and intolerance – with a still-large audience, and people like Whoopi presenting a distorted, inaccurate, dishonoring, disrespectful perspective on that platform. I see that going wide, especially with the controversy it’s raised, and even those who have admitted to not watching the show but having heard about it, and all I can foresee is more ignorance, more misunderstanding, repetitive distortion, and perhaps even more denial of the Holocaust, its victims, survivors, and their families.

If Whoopi planned to discuss the Holocaust, which she had, it was incumbent upon her – crucial for her – to pick up a book, or a mobile device, or the phone, and get the topic explained to her. Not to apply her deeply biased opinion to a topic that is not one requiring opinion.

I have fielded a repeated question from those commenting on Facebook: “Why is the Holocaust the only topic we’re not allowed to question or talk about?”

I have replied that it is NOT forbidden whatsoever to discuss the Holocaust, and is, in fact, welcome discussion.

But to question it should only come in the form of questioning built on the facts. Not to question that it happened, or the numbers of Jews murdered. The latest polls show that one-third of Canadian students either questioned the accuracy of what they were taught about the Holocaust, or did not know anything about it. I’m sure other surveys reveal similar, if not more alarming results.

We must always discuss the Holocaust; that’s the very point of the phrase Never Again.

But it must be done using intellectual discourse, historical accuracy and facts, and with people who have the legitimacy of knowledge to hold such discussions. Whether that is obtained through years or decades of research, experience, and/or study, or whether it is obtained via the teachings of someone else to prepare for the discourse, it has to be legitimate.

As we have seen this week, the lack of that knowledge has led to more revealed misinformation, conflict, controversy, and disagreements.

How can one disagree with facts? Well, have you seen social media lately?

Education can fix this. And we have to start now.

If you’d like to get involved, please pick up the phone and call your local representative at an educational board, a provincial education minister, a state representative or secretary, or someone with the power to enact mandatory Holocaust education.

Do it for the future.