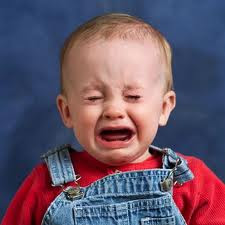 It’s January 12th. We’ve already played half the season’s games and are wallowing at the bottom of the standings. We have been plagued with injuries, bad calls, a fired coach, an ineffective manager, and an over-long suspension.

Yesterday, after a loss (a shut-out, no less) to the St. Louis Blues, where our former goalie was saluted for his incredible work in the 2010 playoffs (deservedly so), there was scapegoating, trade rumors, negativity and misinterpretation of one player’s remarks.

And then…the news from The Canadiens:

Late Wednesday the Canadiens announced Brian Gionta has undergone surgery for a torn biceps in his right arm and will be out of the lineup indefinitely.
Gionta was hurt during the third period of a 3-0 loss to St. Louis Tuesday night.
He returned to play one shift before leaving the game.

Gionta had returned to the lineup Saturday against Tampa Bay after an 11-game absence.

And suddenly, I am close to tears. On Twitter, it is surmised that our captain may miss the rest of the season. And while he is one person, he is an important person. They all are.

I find myself wondering why it matters so much that a hockey team in my city will, in all likelihood, miss the playoffs this year. (and for the record, that isn’t a sure thing – and if it is, I don’t want to know it now) I find myself wondering how emotions come to the surface so easily after a loss, when last year each game was exciting to me, and every win mattered but I was so relaxed about things.

Well, last season I was still learning. This season I get it. I understand that teams fight to remain within the top 8 teams in order to be in playoff position. It makes sense, when I think about it, just as it has made sense to me my entire academic life; after all, one doesn’t count on the last week of exams to pass a course, one has to build a foundation and ensure one’s success. So now it makes sense – stay within the top 8, or at least within a couple of points of that spot, and playoffs are a cinch.

Now, that is so far up the scale it looks like the Mount Everest of sports achievements. And yes, it evokes tears of ….what, frustration? Despair? (no, I don’t go there, not with the Habs, there’s ALWAYS hope) Just plain sadness that our team hasn’t achieved base camp like we have in past years.

But Mount Everest has been conquered. And even those who can’t reach the summit do reach other milestones, other base camps, other personal goals. And being the eternal optimist, I will look for that half-full glass. What can we look forward to?

Will there be crying in hockey next season? Of course there will. But I look forward to more tears of joy than sadness.

And lest anyone think otherwise – my pride, my loyalty and my love for the Habs has not diminished in the face of this snakebitten* season. In fact, nothing could do that. They’re my team, my guys, my Habs. My heart knows only unconditional love and that applies to my team. I am super proud to be a Habs fan because let’s face it – the Habs are not only defined by one season. We share a long, beautiful, and legendary history, and our reputation (of our city, the organization and yes, even the fans) is one that has me swell with pride whenever I hear or read sports announcers, local and out-of-town, discuss the Montreal Canadiens.

So this season is what it is. Halfway through, I believe we have MANY wonderful moments ahead. Our team always manages to pull off impressive feats, and if those don’t add up to a playoff spot, then so be it. We’ll seize the moments, enjoy and celebrate them, and look forward to a warm, carefree summer leading up to a Brand New Season.

(But allow me my tears if you see me shedding them. And the best thing is…with new friends found via Twitter, I know I am not crying alone)

I’ll say it again: I believe in my team, and let’s make this a half-season of hope, loyalty, and optimism for the lessons we’ll learn.