Due to the horrific, recent tragedy in South Carolina, a much-disputed Confederate flag has become the center of debate.

But due to the uproar of leftists who found a cause du jour they can rally around (again), the Confederate flag – a symbol of the South rising from the ashes of defeat – has now become as taboo as the Swastika.

That’s the analogy we got. “What if City Hall flew a Swastika? It would be the same thing.”

Well, no it wouldn’t. The Confederate flag was a symbol of one army, and resurrected as a symbol of survival. The New South – the South that came together with the United States of America and formed a new country.

The Confederate flag doesn’t – shouldn’t – and didn’t raise much hoopla until this week. It has been flown from State Houses, flagpoles, individual houses, restaurants – you name it – without a nationwide call for its removal.

In fact, when Bill Clinton was governor of Arkansas, he declared one of the blue stars on its flag to be in commemoration of the Confederacy.  And not just any star: the top-dog star! Above the name of the State! He even had these buttons for his campaign in ’92. They were available on eBay – but eBay, as you’ll read, has taken down all symbols of this flag. The Confederate flag doesn’t evoke such visceral horror as the Swastika, which represents a murderous regime whose survivors still walk this earth.

Show me a survivor of the Civil War, someone who has a visceral reaction to the Confederate flag, and we’ll talk.

But this week, as leftists began to denounce South Carolina governor Nikki Haley for flying the Confederate flag from the State House, it became a symbol of derision – even among Canadians who’d never given a damn, or even had an inkling this flag was flying!!

Suddenly, Facebook was filled with – among Americans – Montrealers putting down those who don’t see the Confederate flag as a huge issue, Montrealers who had never even gone to the South or seen that flag flying!

Suddenly, it’s a cause du jour.

So, Governor Haley gave in. Made an announcement that the flag will be removed. Strike a mark in the Win column for liberals. Peer Pressure on Steroids.

And then, the deluge of those who followed suit. Amazon, Walmart, Sears, eBay, Etsy among them. All banning anything with the Confederate flag on it.

Warner Bros. is even going to remove the flag from its replicas of the General Lee – that iconic car  from the Dukes of Hazzard franchise. I mean, really?

If it were consistent, I’d accept this a little more easily. Perhaps.

But a recent article highlights what items can be found on Amazon, even at this moment of publishing. Some have been removed – but I was able to find suitable replacements for them.

I’m even going to add photos of these items because if you were offended by the Confederate flag and aren’t offended by these? It’s time to examine your motives.

1. Would you like to read up on how the Holocaust was a hoax? That 6,000,000 Jews were “allegedly” exterminated? You can, because Amazon will sell you this piece of trash book. 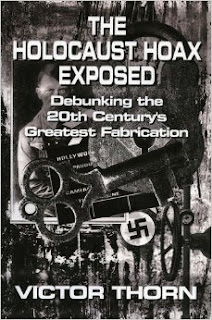 2. The flag of Apartheid-era South Africa. The shooter in Charleston had this on his jacket. But Amazon’s selling it. 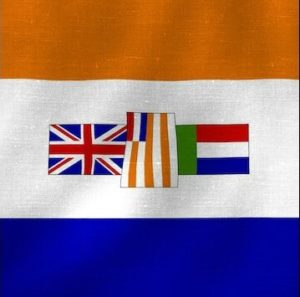 3.  Hey, wanna deck out your Playstation 4 with Swastika skins? It’s on Amazon, y’all! 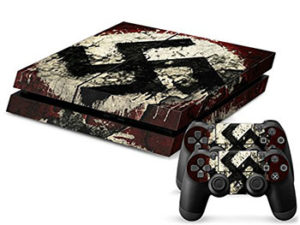 4.  An iPhone case with the Swastika on it – you know, for when you’re calling your Jewish accountant about that tax refund you never got. 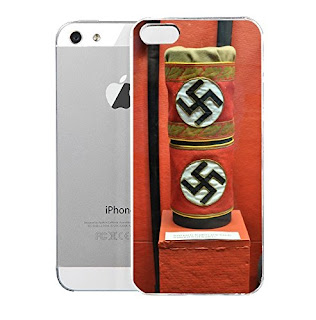 5.   A Soviet pin for your lapel – right up there next to your American Flag pin! 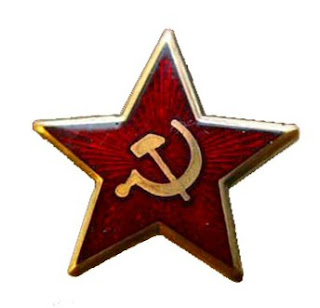 6.  A replica Death’s Head pin – the SS wore these while operating death camps in Poland. Doesn’t EVERY good American protesting racist symbols want one of these? 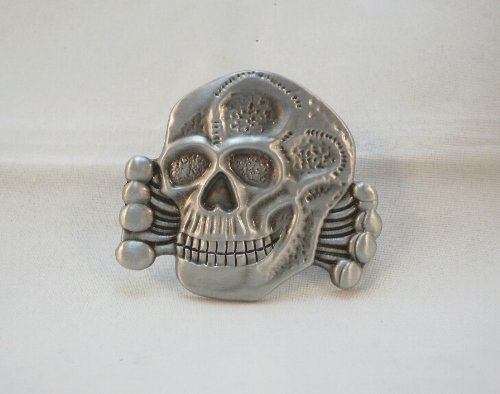 7.  An iPhone case showing a despicable piece of “art” in which a crucifix was immersed in urine. Its <sarcasm>lovely</sarcasm> name is “Piss Christ”

8. A pewter pendant with a trendy Swastika right there for all to see (just $26.99, folks, get ’em before they sell out) 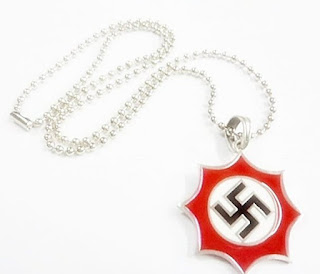 9. Looking for a gift for that mustachioed gent in your life? Well, how about a Stalin t-shirt? For $19.99, he can sport this face at the next July 4th picnic! 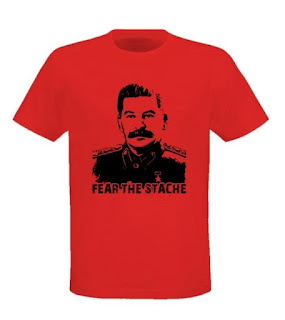 10. Another symbol sewn onto the Charleston shooter’s jacket, the White Supremacist flag of Rhodesia. You can hang this one on your house too, for the low, low price of $8.88! 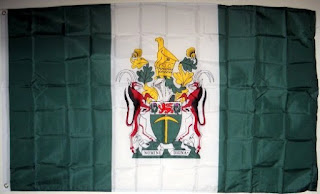 11. A canvas bag depicting China’s cultural revolution – only millions died during this era. But hurry, just one left in stock! 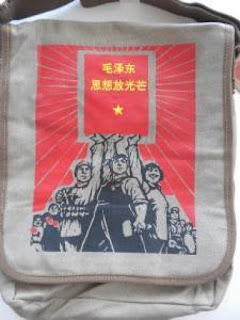 12. Is your favorite Nazi’s birthday coming up? Because she’ll LOVE this Swastika pendant! (The screen capture doesn’t do it justice – go see it in its glory here) 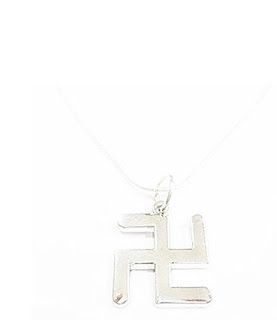 13.  Along with about 10,000 Che Guevara tee shirts, you can buy a Che flag. No, he was not a hipster who took a motorcycle ride. He was a ruthless murderer who helped Cuba enslave its citizens into a totalitarian state, he was Fidel Castro’s head executioner, and he, not Fidel, was the one to invent the death  corrective camps in Cuba.

But Amazon’s selling his face on a flag so that free Americans can worship this guerilla. 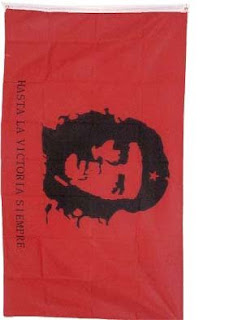 The Confederate flag was no more an issue to most Americans (and I’ll venture to say 99% of Canadians) than an average recognizable symbol. Not until the Agenda rose its ugly head, politicizing the horrific deaths of 9 beautiful, innocent souls who died at the hands of a racist who wore two of the above symbols on his jacket.

But hey, that’s what we’re all talking about. When we could be lauding the almost-unimaginable forgiveness shown by the families of those victims.

When we could be marveling at the unity and love shown by the entire State of South Carolina in sharp contrast to the riots of Ferguson and Baltimore.

When we could focus on issues that plague this world – ISIS,  putting “infidels” in a steel cage, shackled and locked together, and submerging them into a swimming pool, filming their agonizing drowning deaths with underwater cameras.

Or others chained together by the neck with explosive “necklaces” which then decapitate them upon detonation.

Or locking other captives in a car and shooting them with RPGs. Or holding a contest and awarding those who can pass a test on the Koran with women and girls, captured and torn from their families, as sex slaves.

There are so many other, more important reasons to be infuriated.

But no, let’s talk about a flag. Moreover, one that was an obscure entity until someone decided to connect dots that did not exist and start the Politically Correct landslide that followed.

This world is in trouble, folks. Let’s keep our eye on the ball.