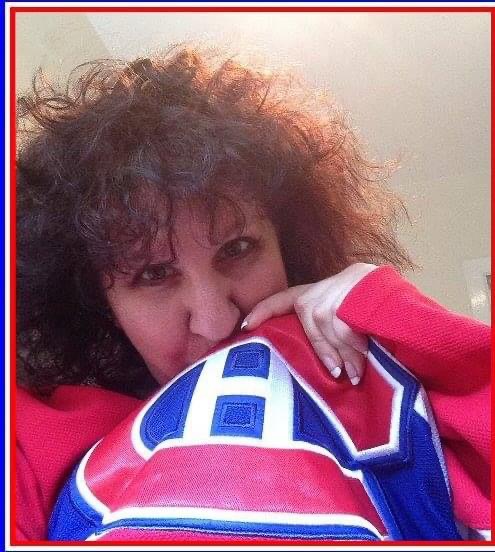 I am a hockey fan.

Correction: I am a fan of the Habs (the Montreal Canadiens’ nickname).

Correction 2: I am a rabid Habs fan!

My foray into hockey is fairly recent, insofar as understanding the game and becoming emotionally invested in it.

My fandom is not new: I grew up in this city and remember Stanley Cups won almost every year.

But the Habs haven’t won the Cup since 1993 – the last time we went to the Stanley Cup Finals.

This year, our improbable journey began in playoffs, getting the last spot in the North. Due to the pandemic, the season was truncated and we only played the 6 other Canadian teams in the league.

When we were about to face the Toronto Maple Leafs in the first round of playoffs, I was not thrilled. I love the rivalry but my stress levels get pretty high – even in regular season.

This rivalry is The Rivalry in the North. Fans of both teams waited 42 years for these teams to face each other again in playoffs.

I, however, wasn’t so thrilled. Toronto made me nervous. The Leafs were the top points-getters in the North, and a very strong team. Our team had struggled all season long, with injuries and slumps.

But there it was. This one wasn’t just for advancement to the next round: it was for bragging rights too. Habs fans and Leafs fans can trash-talk with the best of them – and it isn’t always pretty.

Game 1 was in Toronto, and the Habs won it. Okay, one down.

Game 2 in Toronto was won by the Leafs. A split, not bad. We’d just beaten the odds by those who had bet against us winning even one game in the first place.

See, every single analyst, in their predictions, had the Leafs winning the series. Not one had Montreal on their list.

Games 3 and 4, in Montreal, were also won by Toronto.

Now it was getting nerve-wracking. Not only did we have to win Game 5, we had to win the next 2 as well. On the brink of elimination for 3 straight games, the Habs did the impossible and beat Toronto in Games 5, 6, and 7.

Here’s where my superstitious self began to kick in.

Up until then, I had various superstitions I kept to. On Twitter, I always tweet #HabsPPG when we are on a power play. (And when we do score, I retweet myself with the affirmation of the Magic)

As well, during a penalty kill, I’ve been known to tweet “KILL IT WITH A SHORTY!!!!!” (with the overuse of exclamation points and all caps for emphasis) – and it’s been known to work.

So, I tweet those things all the time. Oh, and every tweet – bar none – is sent with a “#GoHabsGo!!!!!” at its end, with many, many exclamation points.

I can be pretty vocal during games. Yelling at my television is crucial. I scream when the Habs score (and louder when they win). Poor Theo – my little dog does NOT like the tension he feels, and ends up leaving the room fairly early in the first period.

Sometimes the guys on the ice even do what I’m yelling asking (getting the puck out, taking the shot, icing it out during a penalty kill).

But I’ve found, of late, that yelling “no no no no no!” when the opposing players are about to enter our zone and shoot on our net seems to prevent their scoring…sometimes. And so, I help out in that way too.

I refuse to speak aloud any negative outcome. When, prior to an overtime, people on Twitter predict which player will score the overtime winner, I refuse to provide a prediction for the opposition. I will ONLY predict a Habs player, and I will request my fellow Habs fans do the same, or delete tweets containing two names.

The Big Superstition came about in the Toronto-Montreal series.

We won Game 5, but there was an uphill battle.

Game 6 was a nerve-wracking experience. But the day of Game 7, I was so nervous, I could not remember ever experiencing that kind of stress. Definitely not for a hockey game!

In my den, I have a frog. He’s a character my mom had bought for her house, and came to me a few years after her death.

He is a decorative piece but can be used as extra seating.

He sits in front of my television, which is a large-screen set. I have surround-sound in my den, and no need to sit that close.

In a dominant game, the Habs prevailed and – against all expectations and odds – eliminated Toronto.

A new superstition was born.

The next team to face was Winnipeg. The Jets had just come off a four-game sweep of the Edmonton Oilers, and were sitting pretty and rested for the 10 days in which it took Montreal and Toronto to finish playing out Round 1.

But I sat on Froggy, just because I was uptight over the clear power the Jets had shown in their sweep, and the Habs won Game 1.

Needless to say, I sat on Froggy for the next three games – and the Habs swept Winnipeg.

You can imagine what was going through my superstitious mind!

Game 1 against Vegas happened on a Monday. For some reason, I sat on my sofa, and the Habs lost.

I take responsibility for that one, folks. Game 2 would be different. I would not sit on my sofa for that one.

In fact, Game 3 was a terrible one for the Habs. It was one we should not have won, given their showing on the ice in the first three periods. They hardly managed any shots, the referees missed clear penalties against our opponents (noticeably one-sided officiating, to the point of being discussed by the panelists at intermission), and in the last minute, the Habs forced overtime, winning it in the extra period.

We shouldn’t have won it. But we did.

Froggy Magic was in full force.

For some reason, the magic did not work for Game 4, and we lost instead of taking a decisive 3-1 series lead. The series went back to Vegas, tied at 2 apiece.

A dear friend of my mom’s – someone who has become a surrogate mom to me – knows how deeply I love my Habs. While she wouldn’t be unhappy if the Habs won the Cup, she doesn’t follow hockey as I do. She has told me she just wants the Canadiens to win because it makes me happy.

She called me the morning after Game 4. When I answered, she said, “were you not sitting on the frog last night?”

(Yes, I had told several select people about my craziness, and she was one)

Game 5, Froggy Magic kicked back in. And as I write this, at 2:35 a.m. after Game 6, the Habs have eliminated Las Vegas and are headed to the Stanley Cup Final for the first time in 28 years.

I know people have superstitions. I see many on Twitter and Facebook. Till now, I have not revealed mine.

But I am wired, I am giddy, I am emotional, and I am stunned with how exciting this team has shown itself to be. Thus, I am writing about my hockey superstitions to join the ranks of Hockey Cultists, now in full view of the world.

Superstitions can be funny things; in my rational mind, I know nothing I do can affect the outcome of the game.

However, superstitions are not born of rationality.

And so, for as many games as it takes until the Habs eliminate our next opponent*, and win the Stanley Cup, I shall be tweeting out my hashtags of belief, finishing every phone call, text message, and social media post with “#GoHabsGo,” not straying from my refusal to give voice to any other outcome but a Habs success, and yelling “NO!” when our opponents get the puck heading toward our zone.

And I will be sitting on Froggy.

Could I, this rabid, insane, crazy Habs fan, do any less? After all, I owe it to the team!